Joely Fisher, star of “Ellen”, will be signing copies of “Growing Up Fisher” in Los Angeles, CA this month.

Joely Fisher is an actress, director, singer, writer, animal rights advocate, butcher, baker, candlestick maker. She is a proud mother, daughter, sister . . . Fisher. The star of numerous TV shows and films, including Ellen, ’Til Death, and Inspector Gadget, she has also starred in Broadway productions of Grease and Cabaret and performed around the world. She lives in Los Angeles, California, with her beloved tribe of family, friends, and animals. 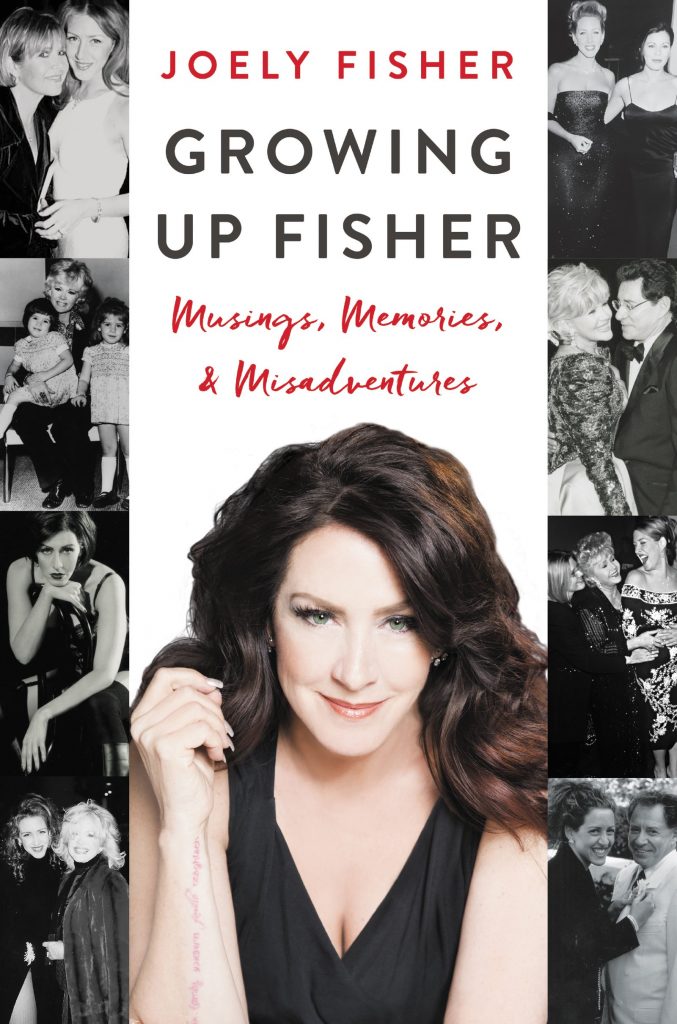 Actress, director, entertainer Joely Fisher invites readers backstage, into the intimate world of her career and family with this hilarious, irreverent, down-to-earth memoir filled with incredible, candid stories about her life, her famous parents, and how the loss of her unlikely hero, sister Carrie Fisher, ignited the writer in her.

Growing up in an iconic Hollywood Dynasty, Joely Fisher knew a show business career was her destiny. The product of world-famous crooner Eddie Fisher and ’60s sex kitten Connie Stevens, she struggled with her own identity and place in the world on the way to a decades-long career as an acclaimed actress, singer, and director.

Now, Joely shares her unconventional coming of age and stories of the family members and co-stars dearest to her heart, while stripping bare her own misadventures. In Growing Up Fisher, she recalls the beautifully bizarre twist of fate by which she spent a good part of her childhood next door to Debbie Reynolds. She speaks frankly about the realities of Hollywood—the fame and fortune, the constant scrutiny. Throughout, she celebrates the anomaly of a two-decade marriage in the entertainment industry, and the joys and challenges of parenting five children, while dishing on what it takes to survive and thrive in the unrelenting glow of celebrity. She speaks frankly about how the loss of her sister Carrie Fisher became a source of artistic inspiration.

Fisher’s memoir, with never-before-seen photos, will break and warm your heart.