Ed Asner, star of “Lou Grant”, will be signing copies of “The Grouchy Historian” in multiple locations across the country in December.

Ed Asner is a television legend, well known for his role as Lou Grant on The Mary Tyler Moore Show and subsequent spin-off Lou Grant. He is the winner of seven acting Emmy Awards, and has been nominated a total of twenty times. Asner also made a name for himself as a trade unionist and a political activist. He served two terms as president of the Screen Actors Guild, from 1981-1985, during which he was an outspoken critic of former SAG President Ronald Reagan, then the US president, for his Central American policy. He lives in Los Angeles. 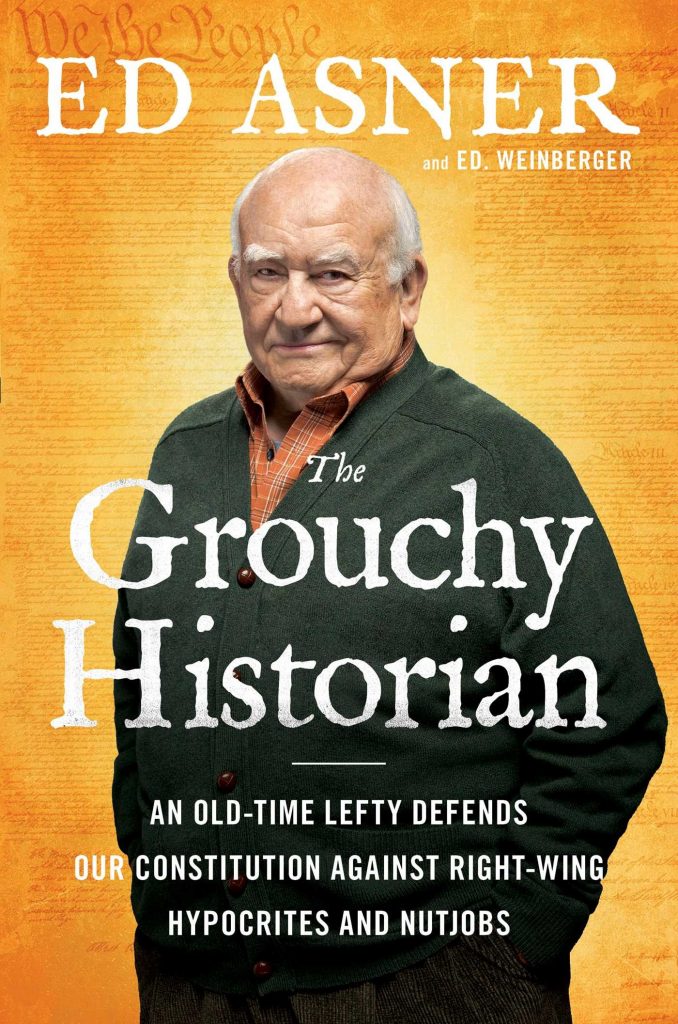 In the tradition of Al Franken and Michael Moore, Ed Asner—a.k.a. Lou Grant from The Mary Tyler Moore Show—reclaims the Constitution from the right-wingers who think that they and only they know how to interpret it.

Ed Asner, a self-proclaimed dauntless Democrat from the old days, figured that if the right-wing wackos are wrong about voter fraud, Obama’s death panels, and climate change, they are probably just as wrong about what the Constitution says. There’s no way that two hundred-plus years later, the right-wing ideologues know how to interpret the Constitution. On their way home from Philadelphia the people who wrote it couldn’t agree on what it meant. What was the president’s job? Who knew? All they knew was that the president was going to be George Washington and as long as he was in charge, that was good enough. When Hamilton wanted to start a national bank, Madison told him that it was unconstitutional. Both men had been in the room when the Constitution was written. And now today there are politicians and judges who claim that they know the original meaning of the Constitution. Are you kidding?

In The Grouchy Historian, Ed Asner leads the charge for liberals to reclaim the Constitution from the right-wingers who use it as their justification for doing whatever terrible thing they want to do, which is usually to comfort the comfortable and afflict the afflicted. It’s about time someone gave them hell and explained that progressives can read, too.