Jason Segel, star of “How I Met Your Mother”, will appear to sign copies of “Otherworld” at the following two locations in November.

Jason Segel is an actor, a writer, and an author. Segel wrote and starred in Forgetting Sarah Marshall and co-wrote Disney’s The Muppets, which won an Academy Award for Best Original Song. Segel’s film credits include The End of the Tour; I Love You, Man; Jeff Who Lives at Home; Knocked Up; and The Five-Year Engagement. On television, Segel starred on How I Met Your Mother as well as Freaks and Geeks. He is the coauthor of the New York Times bestselling Nightmares! series—Nightmares!; Nightmares! The Sleepwalker Tonic; Nightmares! The Lost Lullaby; and Everything You Need to Know About NIGHTMARES! and How to Defeat Them. Otherworld is his first novel for young adults. Follow Jason on Twitter at @JasonSegel. 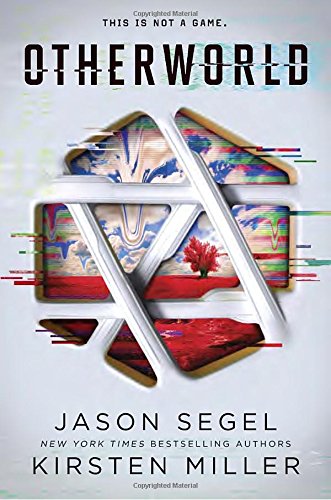 For fans of Black Mirror and HBO’s Westworld, and readers of James Dashner and Veronica Roth, Otherworld is the first book in New York Times bestselling authors Jason Segel and Kirsten Miller’s new YA sci-fi-thriller series. The future is now. And the future is terrifying.

“Full of high stakes, thrillers, and fantastic twists and turns, fans of Ready Player One are sure to love this addictive read.”—Buzzfeed.com

There are no screens. There are no controls. You don’t just see and hear it—you taste, smell, and touch it too. In this new reality, there are no laws to break or rules to obey. You can live your best life. Indulge every desire.
It’s a game so addictive you’ll never want it to end. Until you realize that you’re the one being played.
Welcome to Otherworld, where reality is dead. Step into the future. Leave your body behind.

The frightening future that Jason Segel and Kirsten Miller have imagined is not far away. Otherworldasks the question we’ll all soon be asking: if technology can deliver everything we want, how much are we willing to pay?

“Authors Jason Segel and Kirsten Miller keep the action nonstop while they convincingly ratchet up the tension…[in] the high-stakes gaming and intrigue of [Otherworld.]”—Shelf Awareness