Mick Foley, wrestling legend, will be signing copies of “Saint Mick” at multiple locations across the country.

Mick Foley is the #1 New York Times bestselling author of several acclaimed memoirs and children’s books, a WWE Hall-of-Famer, and a lifelong lover of Christmas. Follow him at @RealMickFoley and visit him at www.RealMickFoley.com. 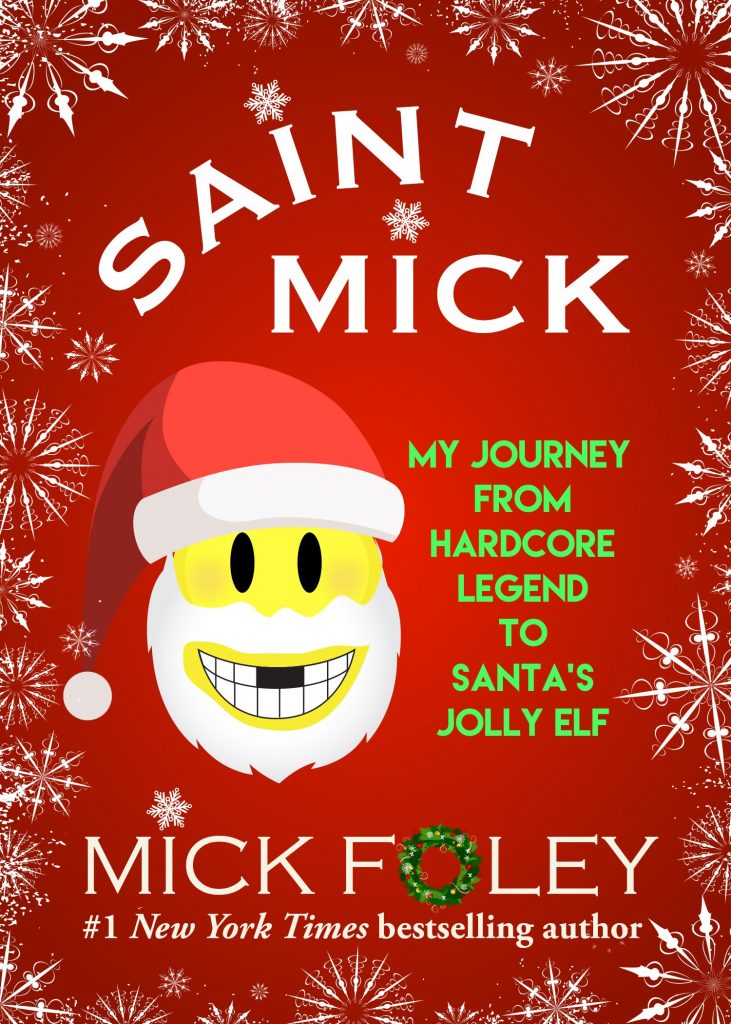 From beloved #1 New York Times bestselling author and WWE Hall-of-Famer Mick Foley comes a Yuletide tale like no other. After a lifetime of putting his body on the line to entertain his dozens (and dozens!) of fans, the Hardcore Legend is paying the price – physically and emotionally. When the final bell on Mick’s career tolls, not in the ring, but in a neurologist’s office, his future seems far from merry and bright. Until Mick is given the chance to become Santa Claus – not dress up, not pretend, but become Santa – allowing him to rediscover the joy of performing.

Fully committing to his new mission, Mick details the drastic measures he takes to keep the Christmas magic alive for his young children, as well as the many children he meets in his travels who are in need of some Christmas Spirit. In order to fully embrace his new red-suited responsibilities, Mick enters the fascinating world of the Santa subculture, where he hones his Christmas craft while worrying he’ll be excommunicated from the Santa world for, among other things, his Santa character being run over by a motor vehicle on Christmas Eve on WWE television. But with the help of an unlikely elf – 8-time Grammy award winner Norah Jones – Mick learns valuable lessons about the real power and responsibility of wearing the red suit. Because true success as Santa comes not by appearing in front of millions on TV, but by touching peoples’ lives by creating “Santa moments” for both the young and the young at heart.

Part jolly memoir, part whimsical ode to a lifetime love affair with Christmas, part solemn tribute to the power of finding the best part of oneself in the unlikeliest of places, Saint Mick offers the magic of Christmas on every single page.

With a foreword by Stephanie McMahon, and featuring never-before-seen photos of the whole Foley family!