Nikki Sixx, co-founder of Motley Crue, will be signing copies of “The Heroin Diaries” in California this month.

International rock icon Nikki Sixx is one of the founding members of Mötley Crüe and Sixx:A.M., a two-time New York Times bestselling author of The Heroin Diaries and This Is Gonna Hurt, co-founder of rock couture fashion line Royal Underground, philanthropist, photographer, and host of the nationally syndicated radio show Sixx Sense, which airs on over 115 stations, and The Side Show Countdown. As the creative force behind a multitude of projects, Sixx never stops inventing new ways to express himself and continues to unveil his unusual points of view with new projects. In addition to selling over 100 million albums with Mötley Crüe and Sixx:A.M., songs written by Sixx have been used in national commercials, his photographs have been published by the New York Post, and he’s raised several hundred thousand dollars through his Running Wild In The Night charity for Covenant House California. 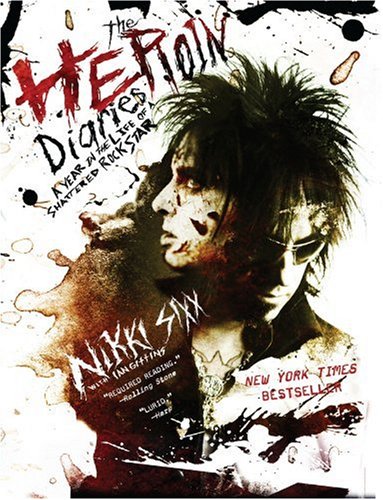 In one of the most unique memoirs of addiction ever published, Mötley Crüe’s Nikki Sixx shares mesmerizing diary entries from the year he spiraled out of control in a haze of heroin and cocaine, presented alongside riveting commentary from people who were there at the time, and from Nikki himself.

When Mötley Crüe was at the height of its fame, there wasn’t any drug Nikki Sixx wouldn’t do. He spent days — sometimes alone, sometimes with other addicts, friends, and lovers — in a coke and heroin-fueled daze. The highs were high, and Nikki’s journal entries reveal some euphoria and joy. But the lows were lower, often ending with Nikki in his closet, surrounded by drug paraphernalia and wrapped in paranoid delusions.

Here, Nikki shares those diary entries — some poetic, some scatterbrained, some bizarre — and reflects on that time. Joining him are Tommy Lee, Vince Neil, Mick Mars, Slash, Rick Nielsen, Bob Rock, and a host of ex-managers, ex-lovers, and more.

Brutally honest, utterly riveting, and shockingly moving, The Heroin Diaries follows Nikki during the year he plunged to rock bottom — and his courageous decision to pick himself up and start living again.