Michael Rapaport, star of “True Romance” and “The Heat”, will be signing copies of “This Book Has Balls” at the following locations.

Michael Rapaport is an actor, director, and comedian who’s appeared on TV shows such as Friends, Justified, The War at Home, and Prison Break, and in films such as True Romance and Mighty Aphrodite. He directed the award-winning 2011 documentary Beats, Rhymes & Life: The Travels of a Tribe Called Quest and an ESPN 30 for 30film When The Garden Was Eden that premiered in 2014. His sports podcast, I Am Rapaport, has almost two million monthly listeners and regularly makes the iTunes top 50. He’s also a diehard Knicks fan. This Book Has Balls is his first book. 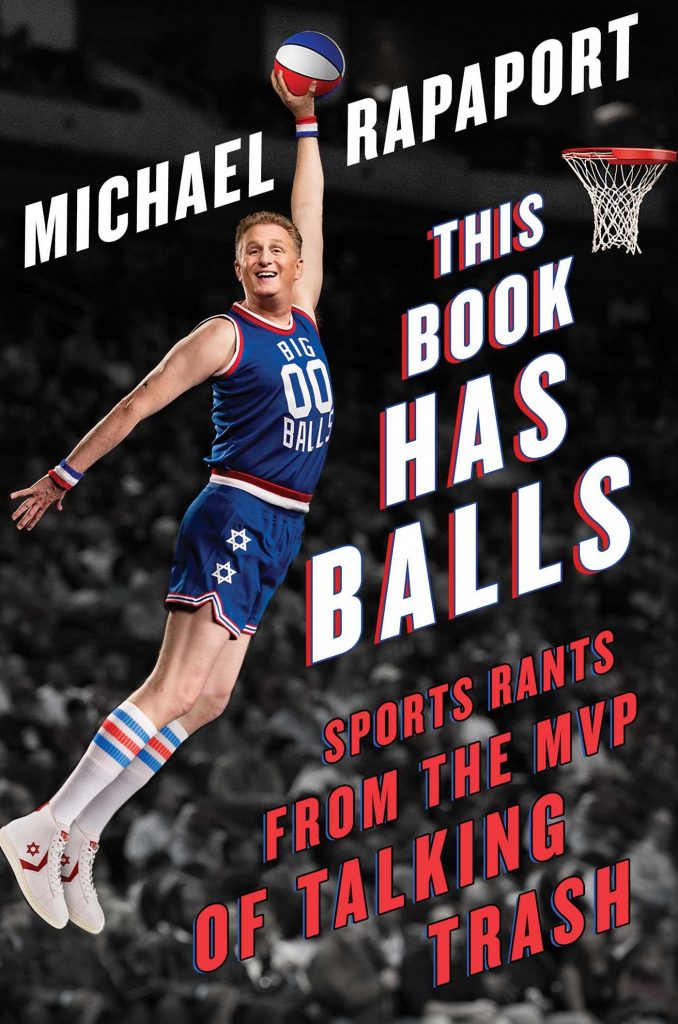 Michael Rapaport, actor, Top 50 podcaster, award-winning film maker, and sports fanatic, is here to set the world straight on the greatest and downright worst athletes, players, teams, and jerseys—while refusing to mention statistics, analytics, or anything else that isn’t pure hustle.

In 1979, nine-year-old Michael Rapaport decided he was going to do whatever it took to be a pro baller. He practiced and practiced, but by the time he was fifteen, he realized there was no place for a slow, white Jewish kid in the NBA. So he found another way to channel his obsession with sports: talking trash.

In This Book Has Balls, Rapaport uses his signature smack-talk style and in-your-face humor to discuss everything from why LeBron will never be like Mike, that Tiger needs the ladies to get his golf game back, and how he once thought Mary Lou Retton was his true love. And, of course, why next year will be the year the New York Knicks win the championship. This book is a series of rants—some controversial, some affectionate, but all incredibly hilarious.