Bruce Dickinson, lead singer for Iron Maiden, will be signing copies of “What Does This Button Do?” at various locations across the country.

Bruce Dickinson has been the lead singer of Iron Maiden for more than thirty years, and has pursued a successful a solo career, as well as a host of interests beyond music. Iron Maiden has sold over 90 million albums & performed over 2000 shows worldwide, making them one of the most successful rock acts of all time. He lives in London, England. 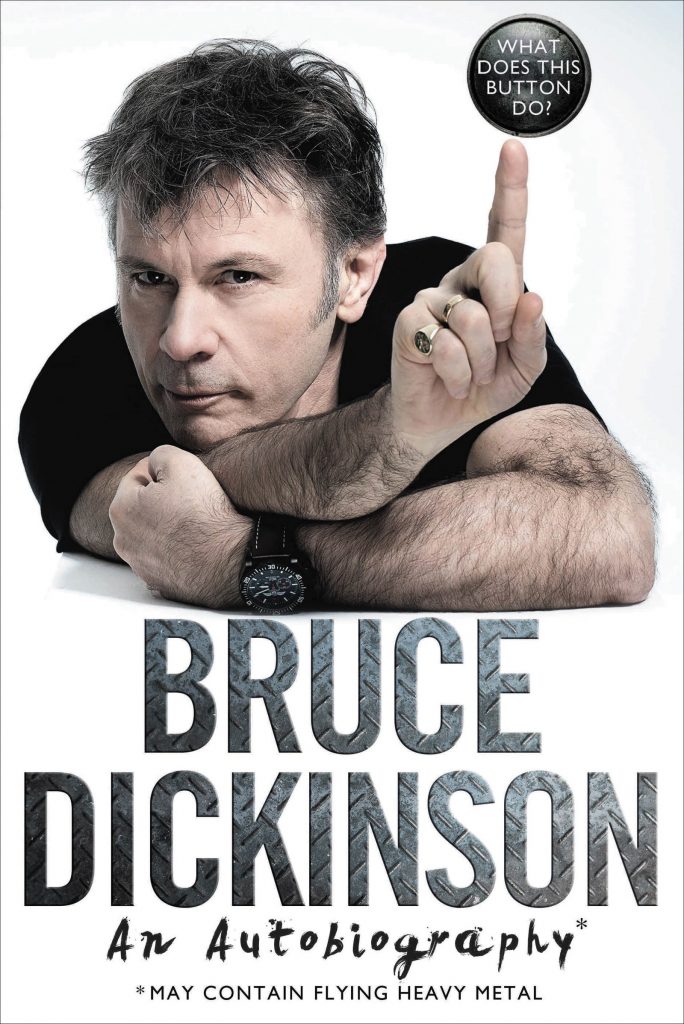 A long-awaited memoir from the larger-than-life, multifaceted lead vocalist of Iron Maiden, one of the most successful, influential and enduring rock bands ever.

Pioneers of Britain’s nascent Rock & Metal scene back in the late 1970s, Iron Maiden smashed its way to the top, thanks in no small part to the high-octane performances, operatic singing style, and stage presence of its second, but twice-longest-serving, lead singer, Bruce Dickinson. As Iron Maiden’s front man—first from 1981 to 1993, and then from 1999 to the present—Dickinson has been, and remains, a man of legend.

But OTT front man is just one of the many hats Bruce wears. In addition to being one of the world’s most storied and well-respected singers and songwriters, he is an airline captain, aviation entrepreneur, motivational speaker, beer brewer, novelist, radio presenter, and film scriptwriter. He has also competed as a world-class level fencer. Often credited as a genuine polymath Bruce, in his own words (and handwritten script in the first instance!), sets forth many personal observations guaranteed to inspire curious souls and hard-core fans alike.

Dickinson turns his unbridled creativity, passion, and anarchic humour to reveal some fascinating stories from his life, including his thirty years with Maiden, his solo career, his childhood within the eccentric British school system, his early bands, fatherhood and family, and his recent battle with cancer.

Bold, honest, intelligent and very funny, his memoir is an up-close look inside the life, heart, and mind of one of the most unique and interesting men in the world; a true icon of rock.