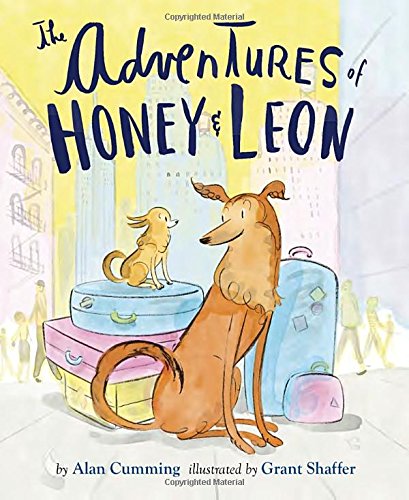 Honey and Leon are rescue mutts who love their dads very much. But their dads often have to go away on glamorous and important business, which worries the dogs. Honey and Leon are done staying home and fretting—they’re off on a dad-protecting adventure! Careful to remain incognito, the two pups shadow their dads on a trip across the sea, keeping them out of danger at every turn! How did they survive without Honey and Leon’s protection for this long?!