Ivan “Pudge” Rodriguez, Baseball Hall of Fame catcher, will be signing copies of “They Call Me Pudge” at the following locations across the country.

Widely regarded as one of baseball’s all-time great defensive catchers, Ivan “Pudge” Rodriguez played for the Texas Rangers, Florida Marlins, Detroit Tigers, New York Yankees, Houston Astros, and Washington Nationals during his 20-year Hall-of-Fame playing career. He was named the American League MVP in 1999 and won a World Series championship with the Florida Marlins in 2003. The 14-time all-star and 13-time Gold Glove winner was born and raised in Vega Baja, Puerto Rico, and he now serves as special assistant to the general manager for the Texas Rangers. He was elected to baseball’s Hall of Fame in 2017.
Jeff Sullivan is a columnist and feature writer for the Dallas Cowboys as well as the editorial director at Panini America. His first book, America’s Team: The Official History of the Dallas Cowboys, was published in 2010. He lives in Arlington, Texas.
The all-time leader in strikeouts and no-hitters, Nolan Ryan pitched in the major leagues from 1966 to 1993 and was inducted into the Baseball Hall of Fame in 1999.
Jim Leyland managed the Pirates, Marlins, Rockies, and Tigers. 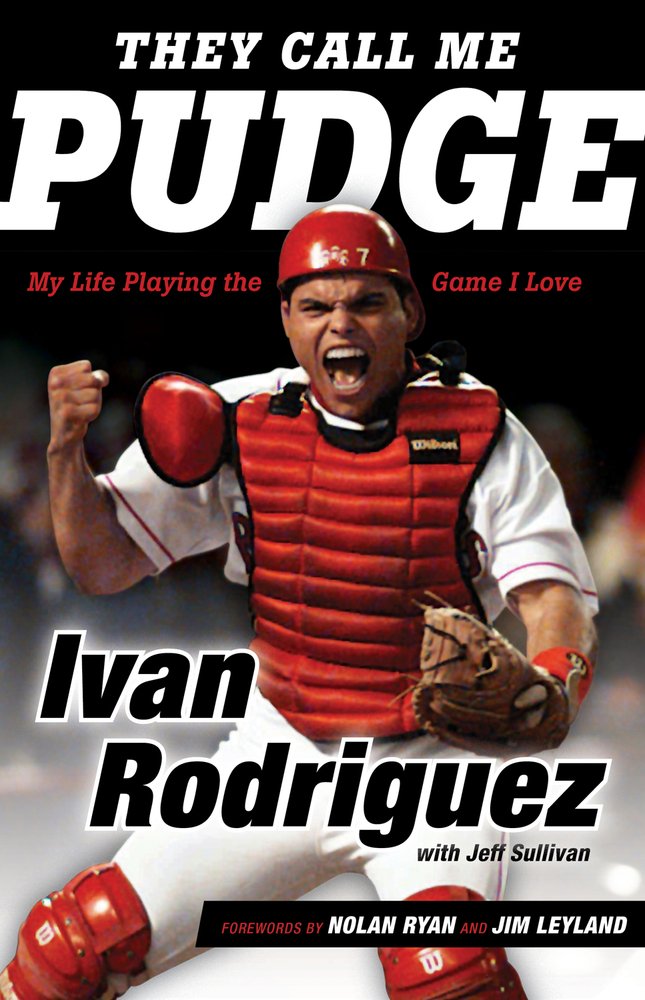 About the Book:
With 14 All-Star appearances, 13 Gold Gloves, a Most Valuable Player Award, and, of course, a World Series ring, Ivan “Pudge” Rodriguez has more than earned his spot in Cooperstown as one of the best Major League catchers of all time. In They Call Me Pudge, Rodriguez tells the story of his unforgettable baseball journey, from signing his first professional contract as a 16 year-old in Puerto Rico, to his years in Texas, Detroit, and beyond, to the World Series stage in Miami, and behind the doors of the Texas Rangers front office. Rodriguez’s accomplishments, his teammates, and his biggest challenges all receive time in the spotlight in this refreshing memoir of a life and Hall-of-Fame career.