CURTIS ARMSTRONG’s show business career started with Risky Business. It was the first in a string of classic comedy films and TV shows, including Better Off Dead, One Crazy Summer, Moonlighting and, most significantly, Revenge of the Nerds, in which he played the iconic role of Booger. Since then, Armstrong appeared in films and TV shows including Supernatural and New Girl. He co-created and co-hosted the hit comedy-reality show, King of the Nerds, which brought his nerd narrative full circle. 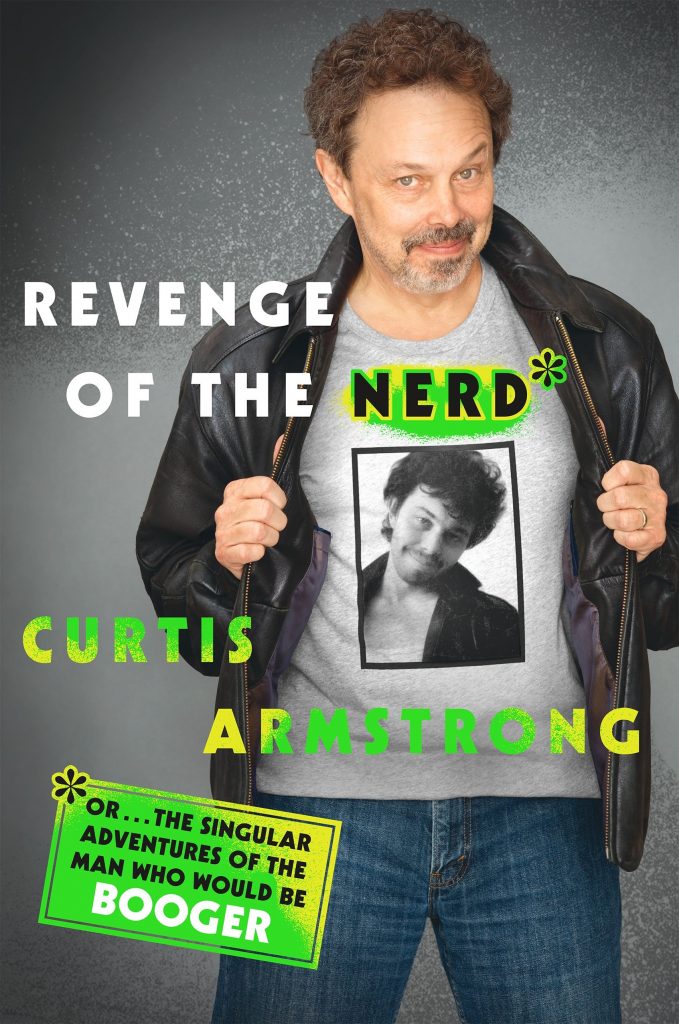 Risky Business. Revenge of the Nerds. Better Off Dead. Moonlighting. Supernatural. American Dad. New Girl. What do all of these movies and television shows have in common?

A legendary comedic second banana to a litany of major stars, Curtis is forever cemented in the public imagination as Booger from Revenge of the Nerds. A classically trained actor, Curtis began his incredible 40-year career on stage but progressed rapidly to film and television. He was typecast early and it proved to be the best thing that could have happened.

But there’s more to Curtis’ story than that.

Born and bred a nerd, he spent his early years between Detroit, a city so nerdy that the word was coined there in 1951, and, improbably, Geneva, Switzerland. His adolescence and early adulthood was spent primarily between the covers of a book and indulging his nerdy obsessions. It was only when he found his true calling, as an actor and unintentional nerd icon, that he found true happiness. With whip-smart, self-effacing humor, Armstrong takes us on a most unlikely journey?one nerd’s hilarious, often touching rise to the middle. He started his life as an outcast and matured into…well, an older, slightly paunchier, hopefully wiser outcast.

In Hollywood, as in life, that counts as winning the game.