Keke Palmer, star of “Akeelah and the Bee” and “True Jackson VP”, will be signing copies of “I Don’t Belong To You” at the following locations.

Keke Palmer is an actress, activist, music artist, author, humanitarian, and passionate voice for her generation who has appeared in such films as Akeelah and the Bee, The Wool Cap, and Ice Age. She is also known for her starring roles in television series such as True Jackson, VP and the current hit show Scream Queens. Driven to break down barriers and defy definition, Keke was the youngest actress to receive a SAG award nomination in a lead actor category, the youngest talk show host in history, the youngest and first black Cinderella on Broadway, and the first black female to star as Marty in the movie version of Grease, the Emmy­­–winning Fox Live musical television special. She recently starred in the upcoming film Pimp and will release her groundbreaking second album in 2017. Keke currently lives in Los Angeles. Visit KekePalmer.com. 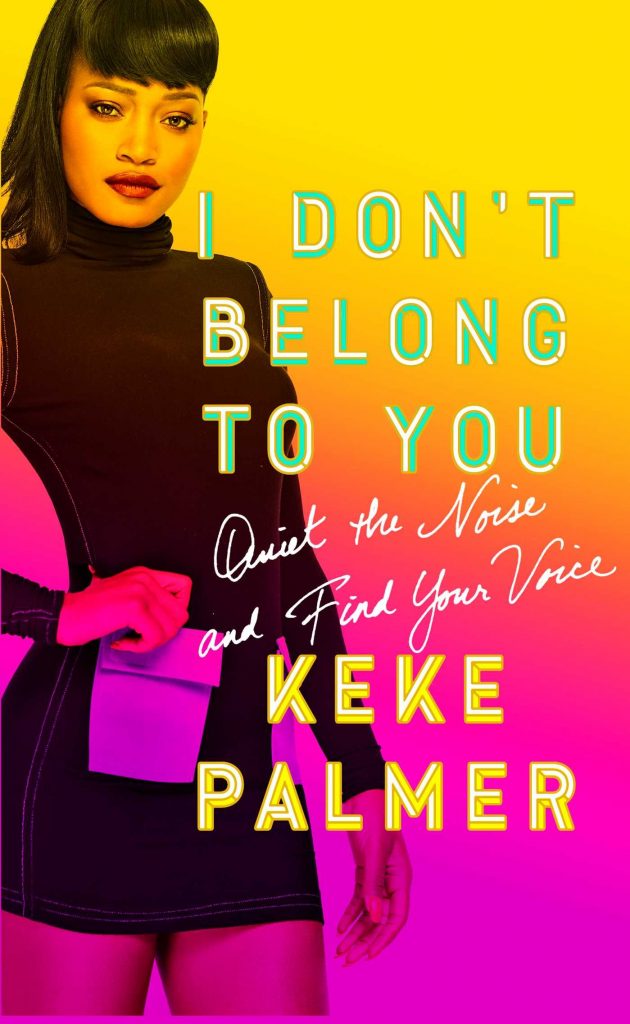 As a successful music artist, actress, and talk show host, from inner city Chicago, Keke has always used her social media following and platform for real talk about the issues that matter most to her generation, but now she is speaking out candidly and for the first time about the secrets, struggles, and practices that have guided her to succeed. On the surface, it may appear that Keke has it made, but under the success, she has grappled with the same issues all young women wrestle with—identity, pressure, self-worth, love, sexuality, heartbreak, and family.

With this in mind, she created I Don’t Belong To You—an inspirational guide that encourages young people to change their mindset and live with more freedom, confidence, and love as they navigate the rough terrain of the twenty-first century. Full of revealing stories from Keke’s personal and professional life, this book tackles twelve topics—sexuality, race, anxiety, success, bullying, and body image to name a few—with refreshing honesty.

Within each chapter are quotes, texts, song lyrics, and funny memes that have inspired her; and practices that can help you stay on a path of always growing, never grown. With a voice of empathy, tough love, and determination, Keke speaks about the challenges and triumphs she has experienced on her journey to finding her own voice and creating a beautiful life. I Don’t Belong To You is the motivation you need to move past pain and fear to lead a life full of creativity, spirituality, passion, and unlimited success.