“The Warrior Fest” autograph event is scheduled to take place in NY this month. 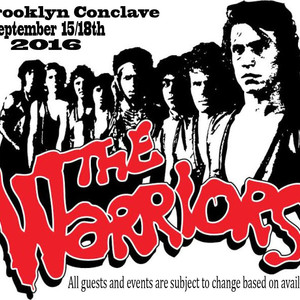 This same day 37 years ago THE WARRIORS was released in New York, and I remember seeing the news (at 12 years old) were saying this was NOT a film for children and it promoted gang violence and people were picketing the film. I saw the Furies and the cast running for there lives in the commercial and I did not know much about NY as I had very few friends growing up and we would venture into NY sometimes not further then Port Authority.

Each time growing more daring. I remember vividly asking a street beggar to get my friend Scott and I into the Warriors and I was hooked ever since. Today I along with the cast host the LARGEST Warriors Fest on the planet.

Eric Addams Borough President named September 15th CONEY ISLAND WARRIOR DAY and we the Armies of the Night will gather once more to honor the fallen cast members and praise the ones that made it home.