Rod Laver, tennis legend, will be signing copies of “Rod Laver” at the following locations.

Larry Writer is a Sydney-based author and journalist and public speaker. He has written for The Sydney Morning Herald, The Melbourne Age, The Weekend Australian Magazine, Sydney Magazine, Marie Claire, Vogue, The Bulletin, Australian Business and the Australian Financial Review. He is a former editor, senior journalist and London bureau chief with Australian Consolidated Press and Time Inc.

Roger Federer is a Swiss professional tennis player who is currently ranked world No. 2 by the Association of Tennis Professionals. Many commentators and players regard Federer as the greatest tennis player of all time. 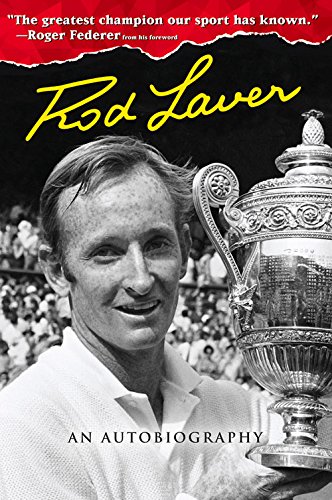 Rod Laver’s memoir is the inspiring story of how a diminutive, left-handed, red-headed country boy from Rockhampton, Australia became one of sports’ greatest champions. Rod was a dominant force in world tennis for almost two decades, playing and defeating some of the greatest players of the twentieth century. In 1962, Rod became the second man to win the Grand Slam – that is, winning the Australian, French, Wimbledon and US titles in a single calendar year. In 1969, he won it again, becoming the only player ever to win the Grand Slam twice. Laver’s book is a wonderfully nostalgic journey into Laver’s path to stardom, from the early days of growing up in a Queensland country town in the 1950s, to breaking into the amateur circuit, to the extraordinary highs of Grand Slam victories. Away from on-court triumphs, Rod also movingly writes about the life-changing stroke he suffered in 1998, and of his beloved wife of more than 40 years, Mary, who died in 2012 after a long illness. Filled with anecdotes about the great players and great matches, set against the backdrop of a tennis world changing from rigid amateurism to the professional game we recognize today, Rod’s book is a warm, insightful and fascinating account of one of tennis’s all-time greats.