Carl Reiner, comedy legend, will be signing copies of “Why & When The Dick Van Dyke Show Was Born” in Los Angeles this month end.

During the early years of television comedy, from 1950 to 1957, he co-wrote and acted on Caesar’s Hour and Your Show of Shows, starring comedian Sid Caesar. In the 1960s Reiner was best known as the creator, producer, writer, and actor on The Dick Van Dyke Show. He also had great success as a film director and writer, and partnered with Steve Martin in the 1970s when Reiner co-wrote and/or directed some of Martin’s most successful films, including 1979’s The Jerk. 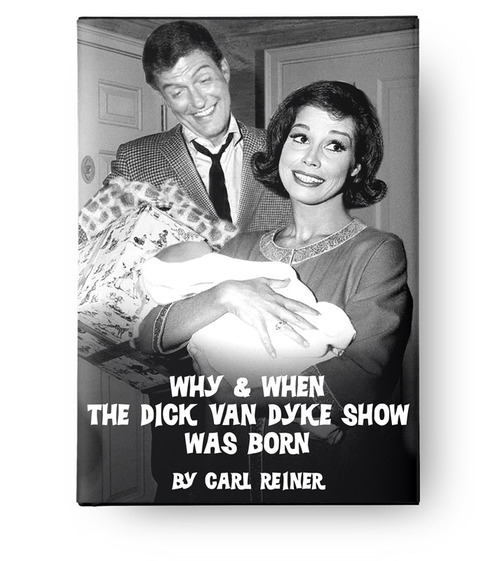 In 1960, Carl Reiner shot the pilot for a comedy series titled “Head of the Family,” starring Carl Reiner. The show was about a writer who lived with his family in New Rochelle, New York and commuted to his job in Manhattan, writing on a TV comedy show. “Head of the Family” aired only once. So Carl had moved on, until Sheldon Leonard came along and said they would not fail this time because, “we’ll get a better actor to play you.” And thus, “The Dick Van Dyke Show” was born.

“Why and When ‘The Dick Van Dyke Show’ Was Born” is a recounting of behind-the-scenes stories, many of which only Carl could know, about the casting, writing and shooting of “The Dick Van Dyke Show.” It includes the real life happenings in the lives of Carl and his family and friends, which inspired many of the episodes, often proving that truth is exactly as strange as fiction – like the episode where Ritchie had to ward off a bullying woodpecker.

“Why and When ‘The Dick Van Dyke Show’ Was Born” is a must-read for any fan of the show, and we will just say, thank you, Carl, for the birth of this smart, sophisticated, groundbreaking comedy, a birth which we continue to celebrate over five decades later.