James “Slim Jim Phantom” McDonnel, drummer for The Stray Cats, will be signing copies of “A Stray Cat Struts” at the following locations in August.

As the legendary drummer for the Stray Cats, SLIM JIM PHANTOM spearheaded the neo-rockabilly movement of the early ’80s. The Stray Cats’ classic album Built for Speed went double platinum, the band had numerous hit singles, and their song “Rock This Town” is on the Rock and Roll Hall of Fame’s list of “The Songs That Shaped Rock and Roll.” He lives in Los Angeles, California. 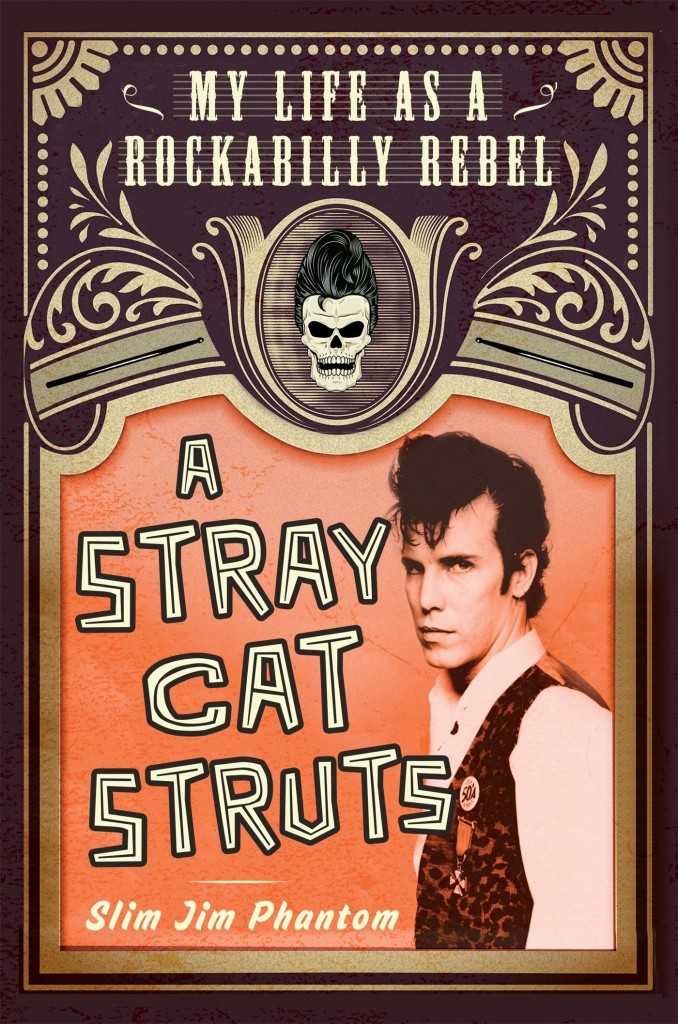 In June 1980, nineteen-year-old James McDonnell (known as Slim Jim Phantom) boarded a plane with a one-way ticket from New York City to London with his childhood friends and bandmates Brian Setzer and Lee Rocker. In less than a year, they went from being homeless, hungry, and living in punk rock squats to the toast of the London music scene.

The Stray Cats developed a signature sound and style that swept across the world, released multi-platinum albums, and were embraced and befriended by classic rock acts like the Rolling Stones and Led Zeppelin, as well as original punk heroes such as the Sex Pistols, The Damned, and The Clash, and rock and roll originators Carl Perkins and Jerry Lee Lewis. After ten years of marriage to actress Britt Ekland, Slim Jim moved down the hill to Sunset Strip, where his son was raised and he owned world famous rock-and-roll bar the Cat Club, while continuing to play with a host of well-known musicians.

A veteran of the London and LA music scenes, Slim Jim’s memoir recounts not just the Stray Cats’ rise but a different type of life spent in the upper echelon of rock ’n’ roll stardom.