Barbara Boxer, US Senator from California, will be signing copies of “The Art of Tough” at the following locations.

Barbara Levy Boxer is the junior United States Senator from California, serving since 1993. A lifelong Democrat, she previously served in the House of Representatives for ten years, from 1983 to 1993. Married for more than fifty years, she lives in California, where she raised two children and has four grandchildren. 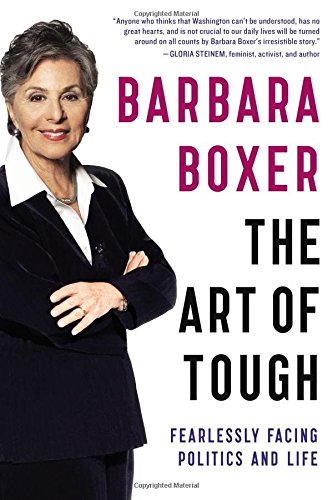 Barbara Boxer has made her mark, combining compassionate advocacy with scrappiness in a political career spanning more than three decades. Now, retiring from the Senate, she continues the work to which she’s dedicated 30 years in Congress. Her memoir, The Art of Tough, shares her provocative and touching recollections of service, and cements her commitment to the fight for women, families, quality, environmental protection, all in a peaceful world.

Sometimes lauded, sometimes vilified, but always standing tough, Boxer has fought for what is right even when her personal convictions conflicted with her party or the majority rule.