Freddie Prinze Jr., star of “She’s All That” and “Scooby Doo”, will be signing copies of “Back to the Kitchen” in New Jersey this June.

Freddie Prinze, Jr, starred in such movies as She’s All That, I Know What You Did Last Summer, and I Still Know What You Did Last Summer as well as the Scooby-Doo franchise and Summer Catch. He is a recurring guest voice on Comedy Central’s Robot Chicken, Star Wards Rebels, and other animated series and video games. In 2010 Freddie joined the cast of 24 for its final season. Also an active writer and producer, Freddie lives in Los Angeles with his wife, Sarah Michelle Gellar, and their two children. 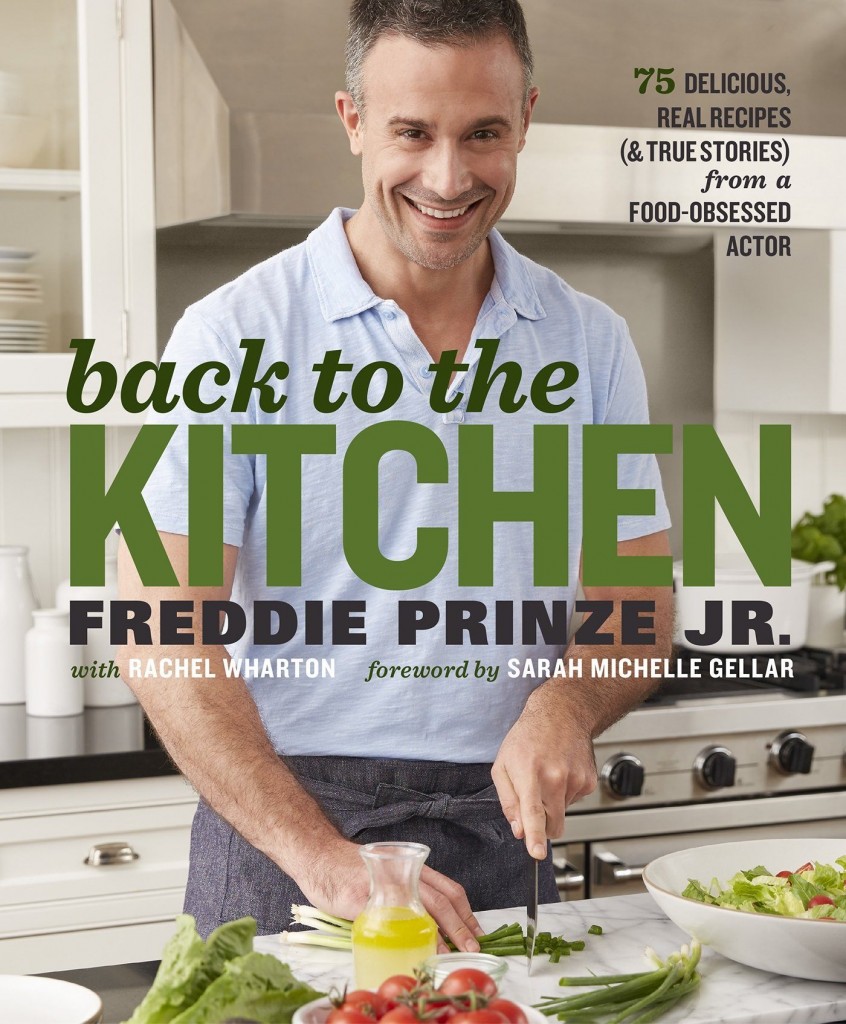 Most people know Freddie Prinze Jr. from movies (She’s All That, Scooby Doo, Star Wars Rebels) and as one half of beloved Hollywood power couple with Sarah Michelle Gellar. But to family, friends, and co-stars he’s always been a terrific father and skilled home cook who prepares delicious meals for his family every night.

Freddie grew up in New Mexico cooking with his mother and eating dishes with a ton of flavor and spice from his Puerto Rican heritage. His eggs come New Mexico style, served with from-scratch biscuits and green-chile gravy. His tacos are the real deal: soft tortillas, homemade salsa, filled with steak layered with quick-pickled cucumbers, or spicy fish dressed with watermelon and thai chiles. Now in this family-focused cookbook, Freddie teaches fans to cook his mainstays, the recipes that he makes on even the busiest weeknights, as well as more luxurious date night meals.

With personal family photos from Freddie and Sarah’s beautiful LA home and Freddie’s hilarious stories about the life of an actor, husband, and father in Hollywood, Back to the Kitchen shares more than just recipes. It’s an inside look at a beloved movie and TV personality who has acted, cooked, and eaten his way around the world.