Wynonna Judd, country music star, will be signing copies of “Wynonna and the Big Noise” at the following location in New York.

WYNONNA and her band The Big Noise, led by her husband, producer/drummer Cactus Moser, recorded the majority of the album in the sanctity of their home studio located on the family farm in Tennessee. WYNONNA has described the new album as “vintage yet modern” and a “return to the well.” It’s a rootsy work encompassing country, Americana, blues, soul and rock.

The process of recording WYNONNA & THE BIG NOISE with her band set her free artistically. “Like a garage band we all get in a room, basically knee to knee in a circle, and we jam until it feels amazing,”WYNONNA shares. “By the time we push record we are already jacked up because we have practiced and practiced until we know we are rocking. The end result is even better than when we started out because we’re free to just play and enjoy ourselves.” She adds: “I have stripped myself of all the expectations of worrying about fitting into any format and just picked songs I love. This album is my favorite thing I’ve done so far.”

Cactus elaborates about the recording of the album. “It creates more energy, more excitement and definitely a more unique sound to have our actual band play. When you have session players you just play differently. There’s less emotional input, less freedom! These guys are with us 365 days a year and that was my goal…to have an actual living breathing band make a record, not just people who come in for the week and then are gone. Much better feel, much better vibe. AMEN.” 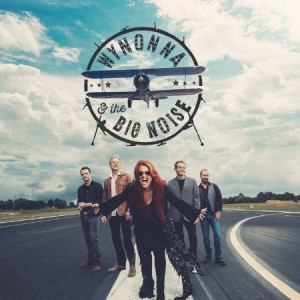