Stan Lee, comics legend, will be in LA to sign copies of “The Zodiac Legacy: The Dragon’s Return” and you should be there!

Stan Lee is a man who needs no introduction. Nevertheless: Having begun his career with wartime Timely Comics and staying the course throughout the Atlas era, Stan the Man made comic-book history with Fantastic Four #1, harbinger of a bold new perspective in story writing that endures to this day. With some of the industry’s greatest artists, he introduced hero after hero in Incredible Hulk, Amazing Spider-Man, X-Men and more — forming a shared universe for rival publishers to measure themselves against. After an almost literal lifetime of writing and editing, Lee entered new entertainment fields and earned Marvel one opportunity after another. He remains one of Marvel’s best-known public representatives. 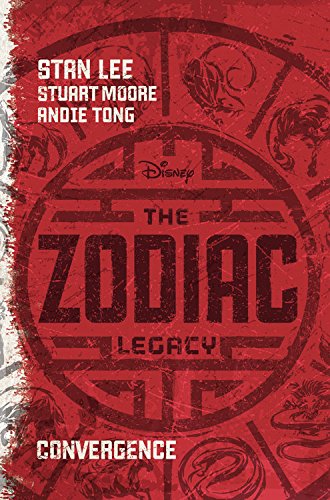 Stan Lee presents a brand new, magical, super-powered adventure!
When twelve magical superpowers are unleashed on the world, a Chinese-America teenager named Steven will be thrown into the middle of an epic global chase. He’ll have to master strange powers, outrun super-powered mercenaries, and unlock the mysterious powers of the Zodiac.