Drew Barrymore is an actress who is well-known for her role in many movies including E.T. and Never Been Kissed. The book Wildflower is a journey through Drew’s life as she discusses all of her ups and downs including how she lived alone at the young age of 14.

Drew Barrymore starred in E.T. at the age of 6 and has gone on to win critical acclaim and the hearts of fans for years in such movies as The Wedding Singer, Ever After, and Charlie’s Angels, just to name a few. 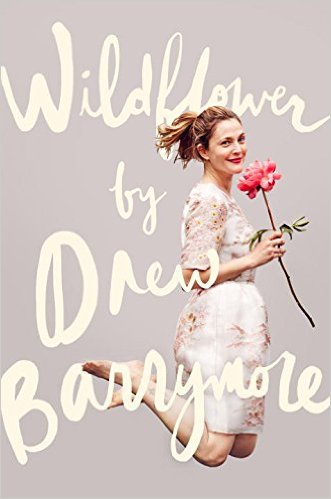 Award-winning actress Drew Barrymore shares funny, insightful, and profound stories from her past and present told from the place of happiness she’s achieved today.

Wildflower is a portrait of Drew’s life in stories as she looks back on the adventures, challenges, and incredible experiences of her earlier years. It includes tales of living on her own at 14 (and how laundry may have saved her life), getting stuck in a gas station overhang on a cross country road trip, saying goodbye to her father in a way only he could have understood, and many more adventures and lessons that have led her to the successful, happy, and healthy place she is today. It is the first book Drew has written about her life since the age of 14.