Buzz Aldrin, one of the first men to walk on the moon, will be at the following location to sign copies of “Welcome To Mars”.

About the book.
Space is still the final frontier and Mars continues to make news and attract generations of young people. In this fascinating book, hero-astronaut Buzz Aldrin challenges curious kids to think about Mars as not just a faraway red planet but as a possible future home for Earthlings!

What will your new home be like? How will you get there? What will you eat for breakfast? Find out what life might be like far, far from Earth as you navigate your way through this fun and fascinating book. What kid wouldn’t want to blast off with him on this (literary) journey! 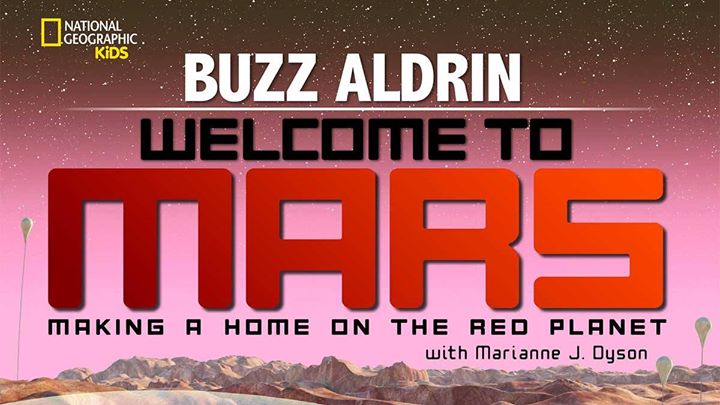 BUZZ ALDRIN speaks out as a vital advocate for the continuing quest to reach out into the frontier of space. As a pioneering astronaut who first set foot on the moon during mankind’s first landing of Apollo 11–and as a rocket scientist who developed the orbital rendezvous technique critical to America’s moon landings and the Aldrin Mars Cycler–Aldrin has a vision and in this book he plots out the path he proposes into an amazing future.

MARIANNE DYSON is an award-winning author and former NASA flight controller. She has a degree in physics and became one of NASA’s first women flight controllers during the early Space Shuttle program. She has won the Golden Kite Award and the American Institute of Physics Science Writing Award for her children’s books. Her science articles and science fiction stories for adults and children have appeared in national magazines and anthologies. She has served as a technical reviewer for Scholastic, Enslow, and as a National Geographic Explorer.