Nigel Barker, star of “America’s Top Model”, will be signing copies of “Models of Influence” and he wants to see you there!

For the past twenty years, Nigel Barker has been taking the worlds of fashion, beauty and entertainment by storm. He’s regarded internationally as the renowned photographer and judge on the show, America’s Next Top Model. Now in it’s 15th cycle, the show airs in more than 146 countries and is watched by more than 100 million people per week. Barker’s presence in the fashion, beauty and entertainment industries has resulted in an array of exciting projects including films, commercials, spokesperson roles, his first book, photographic exhibitions, international editorial assignments and the creation of his own show, The Shot on VH1.

His directorial debut was a highly acclaimed documentary that he also produced called, A Sealed Fate? – followed by, Generation Free and Haiti: Hunger and Hope, which partner with respective charities: The Humane Society of the United States, The Elizabeth Glaser Pediatric AIDS Foundation and the Edeyo Foundation, to highlight some of our world’s most pressing issues. Additionally, Barker is a celebrity ambassador for the Make-A-Wish Foundation, the Do Something organization and campaign shooter for Fashion Targets Breast Cancer.

Barker’s unique positioning as photographer, filmmaker, author and father has secured him highly successful spokesperson positions for prominent brands including, Microsoft, Sony, Crest White Strips and Nine West. Nigel appears along side Justin Timberlake and Peyton Manning in Sony’s 2010 national ad campaign. In addition, he has lent his personality to television and feature film cameos, event hosting and presenting. Nigel appeared as a celebrity judge for the 2008 Miss America Pageant and had cameo roles on several TV series including, The Young & The Restless, Privileged, Stylista, Style Her Famous and Ugly Betty as well as a cameo role in the not yet released feature film, Arthur (2011) with Jennifer Garner, Russell Brand, Nick Nolte and Helen Miren. And, he has hosted and presented for many events including 2007, 2008 and 2010 Emmys on Fox, the 2008 and 2009 Go Green galas in New York and the Genesis Awards.
Barker authored his first and much anticipated book, Nigel Barker’s Beauty Equation: Revealing a Better and More Beautiful You. The book guides the reader through a series of self-portrait and journaling challenges, which help the reader to discover their inner beauty by building confidence and self-esteem and in turn, enhance their outer beauty.

Nigel Barker lives in New York City with his wife, Cristen and their two children Jack and Jasmine. 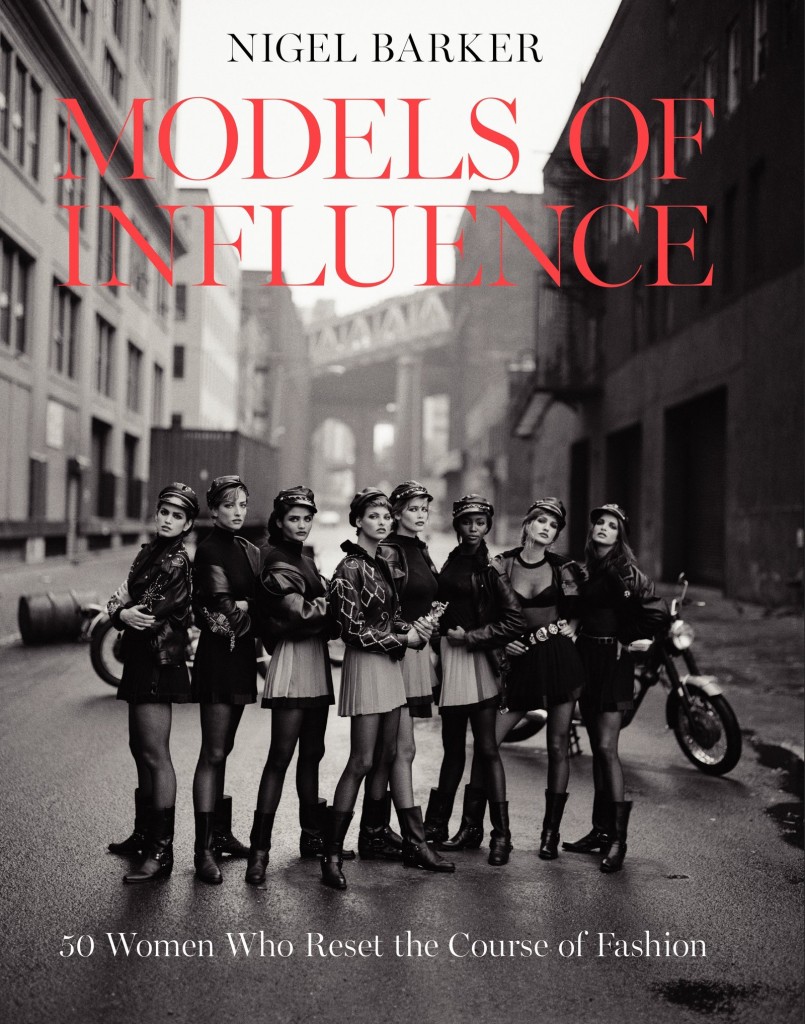 Nigel Barker—fashion authority, photographer, and host of Oxygen’s The Face—presents 50 of the most influential models from the 1940s to today through a wealth of full-color photographs from the world’s most renowned fashion photographers and an anecdotal text that reveals each woman’s indelible place in the pantheons of fashion and popular culture.

Interweaving 200 gorgeous photographs and informative and entertaining anecdotes, Models of Influence profiles 50 women who have made an unforgettable impression on fashion, the modeling industry, and our notions of beauty. Eight chronological chapters, each of which spotlight an era, feature the stories and images of women who made their mark.

These include Lisa Fonssagrives-Penn, Dovima, and Dorian Leigh, who reigned during modeling’s golden age in the 1950s; Twiggy, Veruschka, and Jean Shrimpton, who embodied the free spirit of the 1960s; and Lauren Hutton, Iman, and Janice Dickinson, models who revolutionized the notion of beauty in the 1970s. Barker profiles those who’ve become the million-dollar faces of their time, such as Christie Brinkley and Elle Macpherson; revisits the age of the supermodel, when Christy Turlington, Linda Evangelista, and Naomi Campbell rose to global stardom; and spotlights eternal chameleons Kate Moss, Stella Tennant, and Amber Valletta, among others. Also included are models who brought us into the twenty-first century, and those who are leading the way into the future, from Gisele Bündchen, Daria Werbowy, Liya Kebede, and Coco Rocha to Cara Delevingne, Karlie Kloss, Lara Stone, Joan Smalls, and Kate Upton.

Nigel Barker showcases each model’s incandescent style—that special something that sets her apart, whether it’s her unique physicality, a daring approach to image-making, or a particular energy that reflects the zeitgeist. Here, too, are models who broke the mold in their respective eras and turned the standard notion of beauty on its head.

Stunning in its breadth and beauty, comprising some of the finest fashion images over the last 70 years, Models of Influence is a celebration of fashion and a group of unforgettable women who have helped shape and change modern culture.