James Franco, actor, director, author, and visual artist will be signing copies of “Hollywood Dreaming” and he would love for you to be there!

James Franco is an actor, director, author, and visual artist. His films include Milk, Pineapple Express, Howl, and 127 Hours; the latter earned him an Academy Award nomination. He is the author of the collection Palo Alto, and his writing has been published in Esquire, Vanity Fair, N+1, The Wall Street Journal, and McSweeney’s. Franco’s art has been exhibited throughout the world, including at the Museum of Contemporary Art in Los Angeles, the Museum of Modern Art’s PS1 in New York, the Clocktower Gallery in New York, and the Peres Projects in Berlin. He lives in New York City. 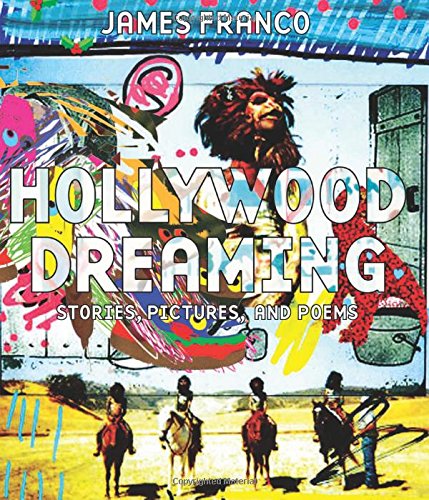 In his follow-up to the critically acclaimed A California Childhood, James Franco presents a compelling portrait of the life of a young actor coming into his own in Hollywood. Told in an absorbing array of literary styles and art forms—from short stories and poems to personal snapshots, paintings and self-portraits—Hollywood Dreaming brilliantly pieces together the youth of a seemingly familiar actor, playfully blurring the line between reality and fiction. The escapades of a jaded Hollywood insider counter a series of inter-connected stories about a boy named Shrimp and the hopeful young actor he becomes. Each piece of the story, whether visual or textual, thoughtfully peels away another layer of the book’s protagonist, whose character unfolds like a Russian nesting doll. Ultimately, the collage that James Franco creates becomes a fascinating caricature of himself, a performance on the page that is equal parts provocative, funny, and emotional.