Glenn Rolnick will be in New York this November to sign copies of “Carmine’s Celebrates” and you should not miss this opportunity!

Glenn Rolnick is the Director of Culinary Operations for the Alicart Restaurant Group, where he has worked for the last eleven years. A former chef at The Algonquin Hotel and The Carlyle Hotel in New York City, Rolnick is a graduate of the Culinary Institute of America. He has appeared on Good Morning America, the Fox Business Network and has contributed to Time, The New York Times and the New Yorker.
Chris Peterson is a writer and editor based in Ashland, Oregon. He led cookbook development for three publishers over 20 years. Peterson is the author of twelve books, and has written books with Sabrina Soto, Carter Oosterhouse, and Brian Boitano. 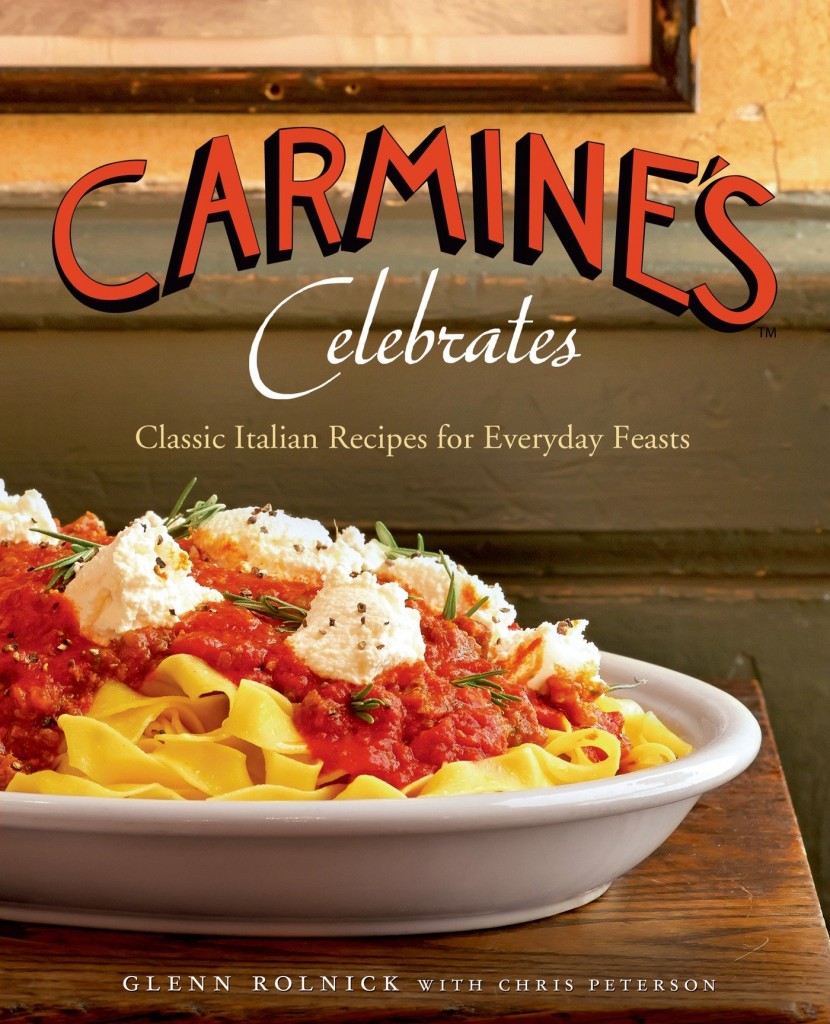 Carmine’s is founded on the twin concepts of deliciousness and Italian abbondanza.  In their wildly popular Times Square flagship location and their other restaurants in New York City, Atlantic City, Las Vegas, Washington, DC, and Paradise Island, Bahamas, the tables are filled with giant platters of pasta, steaks, chicken, vegetables and more.  And every single diner has a smile on his face.  Now that concept comes home from the masters. In new cookbook Carmine’s Celebrates, Chef Glenn Rolnick teaches home cooks how to make more than one hundred dishes in happy-making quantities.  Nothing is difficult to make, serve or store.  Each dish uses grocery store ingredients and extracts the flavor of Italy from them so anyone can be an amazing cook.  There is a special emphasis on “everyday” holidays, such as weekend family dinners, and also on traditional holiday food for Easter, Thanksgiving and Christmas.