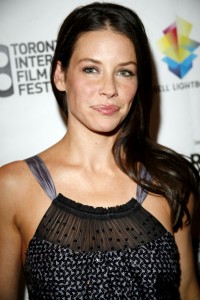 Evangeline Lilly, star of “Lost” and “The Hobbit”, will be signing copies of “The Squickerwonkers” and would like for you to be there.

Evangeline Lilly (born August 3, 1979) is a Canadian actress who starred as Kate Austen in ABC’s Lost. Lilly is also known for her roles in the feature films Afterwards,The Hurt Locker, and Real Steel. Lilly appeared in The Hobbit: The Desolation of Smaug and will appear in The Hobbit: There and Back Again, the final film in Peter Jackson’s The Hobbit trilogy. She won multiple Saturn Awards and Teen Choice Awards and a Golden Globe nomination for her role as Kate Austen in the ABC series Lost. 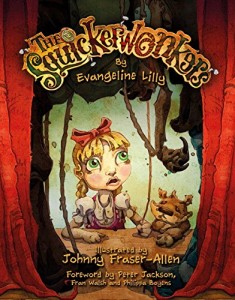 Meet Selma of the Rin-Run Royals, a clever little girl who is spoiled to the core. One day Selma stumbles upon a band of colorful marionettes, and gets more than she bargained for. The remarkable Squickerwonkers of the fabulous Squickershow are about to teach Selma that she’ll not always get her way.

Evangeline Lilly is best known for her work as an actress, but her foremost passion has always been writing. This book is her first published work. Beautifully illustrated by Johnny Fraser-Allen, this eccentric and visually stunning cautionary tale will appeal to adults and children alike.