[box type=”info”]Updated 10/29/14: Billy Idol has new wrapped up his book tour. However, you can still order a Signed First Edition of “Dancing With Meself” here.[/box] 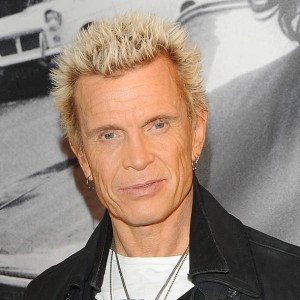 Billy Idol, 80’s rocker, will sign copies of his book “Dancing With Myself” at book signing events in New York, New Jersey And California!

Billy Idol (born 30 November 1955) is a multi-platinum recording artist, Grammy nominee, and rock legend. Known for successfully merging his signature punk attitude with the mainstream music scene, Idol has written some of pop’s most iconic songs, including “White Wedding,” “Rebel Yell,” and “Cradle of Love.” Unlike other British punk rock artists, Idol claimed he was inspired by the Beatles and the Rolling Stones. Idol maintains an active touring schedule and released a career-spanning greatest hits album in 2008, The Very Best of Billy Idol: Idolize Yourself. He lives in Los Angeles. 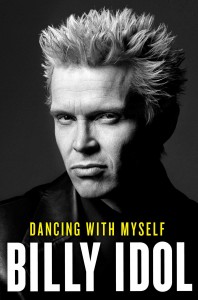 In this bold and candid memoir, music legend Billy Idol shares his life story—from his childhood in England to his rise to fame during the height of the punk-pop revolution—revealing intimate details about the sex, drugs, and rock and roll that he is so fabulously famous for—all told in his own utterly indelible voice.

An integral member of the punk rock revolution whose music crossed over into ’80s pop mainstream—and one of MTV’s first stars—Billy Idol remains an iconic music legend. Now, in his long-awaitedDancing With Myself, he delivers a lively, candid account of his journey to fame—including intimate and unapologetic details about his life’s highs and lows—all rendered with the in-your-face attitude and exuberance his fans have embraced. Idol brings to life the key events that shaped his life, his music, and his career, including his early childhood in England, his year at Sussex University, and his time spent hanging out with the Sex Pistols and as a member of punk bands Chelsea and Generation X.

He shares outtakes from his wildly and unexpectedly successful solo career and stories behind his string of popular hits, including “White Wedding,” “Eyes Without a Face,” and “Rebel Yell,” which involved close collaboration with Steve Stevens and ultimately led to the creation of some of the most groundbreaking music videos ever seen.

Featuring sixteen pages of full-color, behind-the-scenes photos, Dancing With Myself is both a tale of survival and a celebration of the heady days when punk was born—a compelling and satisfying insider’s tale from a man who made music history firsthand.