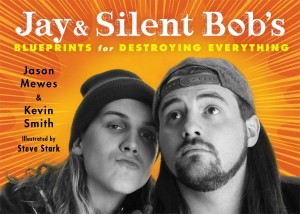 Jason Mewes & Kevin Smith, stars of “Clerks”, will be signing copies of “Jay & Silent Bob’s Blueprints for Destroying Everything” at the following location:

Just in time for the twentieth anniversary of Clerks! Destroy anything and everything with the help of this illustrated collection of blueprints concocted by the legendary characters Jay and Silent Bob.

Need to destroy self-doubt? How about the glass ceiling? Or maybe your aims are less lofty, and your ex-girlfriend just really has to go.

In all cases, the iconic Jay and Silent Bob offer practical and entertaining advice for wreaking havoc at every turn in the most hilarious ways possible. Written by the beloved duo from Clerks, and many other films and productions in the View Askewniverse, these blueprints will save your day…by destroying everyone else’s. 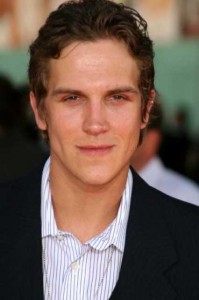 Jason Edward Mewes was born on June 12, 1974 in Highlands, New Jersey, and grew up in a working-class neighborhood. He never knew his father, and his mother was an ex-con and a drug addict. Relates Mewes: “She used to check into hotels and take TVs and sell them…I guess it really ain’t funny, but it’s weird because it was so fucked up…She used to steal mail. I used to drive around with her and she’d pull up and make me reach into mailboxes. It really wasn’t pleasant.” Although this exposure to drugs at first served to make him averse to them, he eventually began using them after graduating from high school.

His best friend was future filmmaker Kevin Smith, who describes his friend thus: “[Jason]’s the kind of dude you know for five minutes and he whips his c*** out. I was like, Somebody should put this dude in a movie. I just wanted to see if anybody outside our group of friends finds him as funny as I do.” 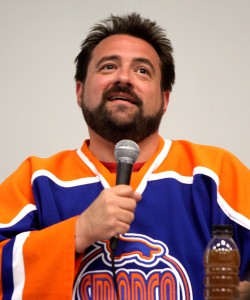 He came to prominence with the low-budget comedy Clerks (1994), which he wrote, directed, co-produced, and acted as the character Silent Bob. Smith’s first several films were mostly set in his home state of New Jersey, and while not strictly sequential, they frequently feature crossover plot elements, character references, and a shared canon described by fans as the “View Askewniverse”, named after his production company View Askew Productions, which he co-founded with Scott Mosier.

Smith also directed and produced films such as the buddy cop action comedy Cop Out, as well as the horror film Red State.

Smith is also the owner of Jay and Silent Bob’s Secret Stash, a comic book store in Red Bank, New Jersey. He co-hosts several weekly podcasts that are released on SModcast Internet Radio. Smith is well known for participating in long, humorous Q&A sessions that are often filmed for DVD release, beginning with An Evening with Kevin Smith.

You can pre-order their book here on Amazon!