Pele, one of the world’s best soccer players, will be signing copies of “Why Soccer Matters”. Pelé started his professional career at the age of sixteen for Santos Futebol Clube, a club he stayed with for nearly two decades. In 1958, he won his first World Cup for Brazil at age seventeen—the youngest winner ever. He went on to win another two World Cups in 1962 and 1970, making him the only player in the world today with three Jules Rimet trophies. He is the all-time leading scorer in the history of the sport (1,283 goals in 1,366 matches).

Named one of the “Top 20 Most Important People of the 20th Century” (Time) and “Football Player of the Century” (FIFA), Pelé today maintains his commitment to the sport and to society by fulfilling various roles as spokesperson, ambassador and philanthropist. 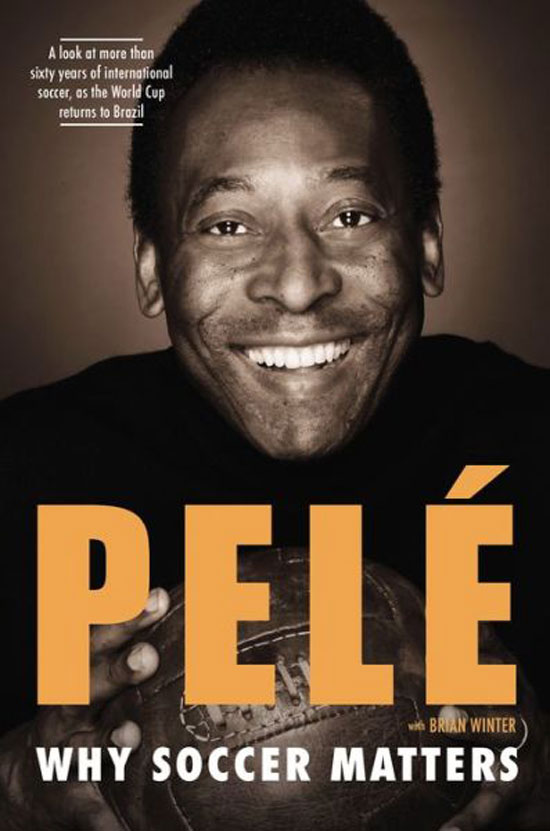 Soccer. Football. The beautiful game. The world’s most popular sport goes by many names, but for decades, fans have agreed on one thing: the greatest player of all time was Pelé. Now the legendary star, ambassador, and humanitarian shares a global vision for what soccer can accomplish. Now he shares his story, his experience, and his insights on the game for the very first time.

Before Messi, before Ronaldo, before Beckham, there was Edson Arantes do Nascimento—known simply as Pelé. A national treasure, he created pure magic with his accomplishments on the field: an unprecedented three World Cup championships and the all-time scoring record, with 1,283 goals in his twenty year career.

Now, with the World Cup returning after more than sixty years to Brazil—the country often credited with perfecting the sport—soccer has a unique opportunity to encourage change on a global level. And as the tournament’s official ambassador, Pelé is ready to be the face of progress.

For the first time ever Pelé explores the recent history of the game and provides new insights into soccer’s role connecting and galvanizing players around the world. He has traveled the world as the global ambassador for soccer and in support of charitable organizations such as Unicef, promoting the positive influences soccer can have to transform young men and women, struggling communities, even entire nations. In groundbreaking detail and with unparalleled openness, he shares his most inspiring experiences, heartwarming stories and hard-won wisdom, and he puts the game in perspective.

This is Pelé’s legacy, his way of passing on everything he’s learned and inspiring a new generation. In Why Soccer Matters, Pelé details his ambitious goals for the future of the sport and, by extension, the world.

Commemorative poster inside the jacket