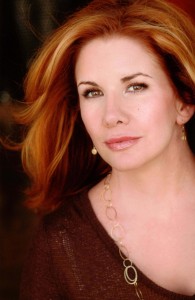 Melissa Gilbert, star of “Little House On the Prairie”, would love to sign copies of “Daisy and Josephine” for you at the following locations:

Melissa Ellen Gilbert (born May 8, 1964) is an American actress and television director. Gilbert began her career as a child actress in the late 1960s appearing in numerous commercials and guest starring roles on television. From 1974 to 1984, she starred as Laura Ingalls Wilder on the NBC series Little House on the Prairie. During the run of Little House, Gilbert appeared in several popular television films, including The Diary of Anne Frank and The Miracle Worker.
As an adult, she continued her career mainly in television films. Gilbert has also continued with guest starring roles on television and has done voice work for animated series such as Batman: The Animated Series. Gilbert served as the President of the Screen Actors Guild from 2001 to 2005. In 2009, her autobiography Prairie Tale: A Memoir, was released. From 2009 to 2010, Gilbert appeared as Caroline “Ma” Ingalls in the touring production of Little House on the Prairie, the Musical. In 2012, she was a contestant on the season fourteen of thepopular reality dance competition show Dancing with the Stars on ABC. 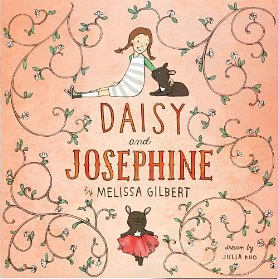 Everyone has a favorite person, and Daddy is Daisy’s. But when the two of them are on the road for Daddy’s work, Daisy sometimes feels lonely. She is very shy and wishes she had a friend. So Daddy gets Daisy a surprise: a funny-looking puppy named Josephine. They make quite a pair—Daisy with her overbite and Josephine with her underbite. Will Daisy’s rambunctious new friend help bring her out of her shell?

This charming story of an unlikely friendship, based on actress and New York Times bestselling author Melissa Gilbert’s own childhood and her very own French bull dog named Josephine is one that everyone can relate to.

“I’m so excited to share the story of Daisy and Josephine,” Melissa says. “I hope it will inspire children to be brave, to sing, and to always shine brightly!”