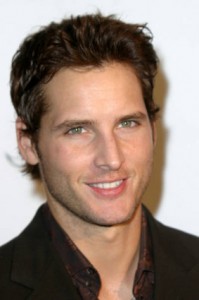 Peter Facinelli (born November 26, 1973) is an American actor. He became known as the star of Fox’s 2002 television series Fastlane. He plays Carlisle Cullen in the film adaptations of the Twilight series. He is also well known for his role as Mike Dexter in the film Can’t Hardly Wait. He is currently a regular on the television series Nurse Jackie portraying the role of Dr. Fitch “Coop” Cooper.
Early life
Facinelli grew up in Ozone Park, Queens, the son of Italian immigrants, Bruna, a homemaker, and Pierino Facinelli, a waiter. Both of his parents are from Val di Non which is located in Trentino, Northern Italy. His father is from Revò, meanwhile his mother is from Spormaggiore. He was raised Roman Catholic and attended St. Francis Preparatory School in Fresh Meadows, New York. He studied acting at the Atlantic Theater Company Acting School in New York City; his teachers there included William H. Macy, Felicity Huffman, Giancarlo Esposito, and Camryn Manheim. You can order his comic here on Amazon.