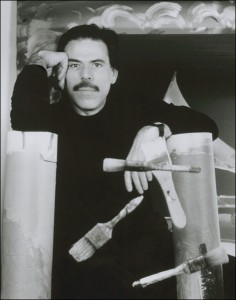 Peter Max, Pop Art icon, will be signing copies of “The Universe of Peter Max” at the following location:

As instantly recognizable as Peter Max’s artwork is, his life story has not been told, in his own words, until now. In this visual biography, Max tells his life story – from a childhood spent in Berlin and Shanghai to his teen-aged odyssey to New York City in the 1960s, to his subsequent ascension in the artworld, and beyond. Max relates intimate details of his life as they relate to the nature of creativity, and reveals how he has been able to see art in the everyday. Max’s signature, vibrant artwork accompanies the text and provides an illuminating, colorful look into the inspired life and times of one of the world’s most famous popular artists.
You can pre-order his book here on Amazon.

Peter Max (born Peter Max Finkelstein, October 19, 1937) is a German-born American illustrator and graphic artist, known for the use of psychedelic shapes and color palettes as well as spectra in his work. At first, works in this style appeared on posters and were seen on the walls of college dorms all across America. Max then became fascinated with new printing techniques that allowed for four-color reproduction on product merchandise. Following his success with a line of art clocks for General Electric, Max’s art was licensed by 72 corporations and he had become a household name. In September 1969, Max appeared on the cover of Life magazine with an eight-page feature article as well as The Tonight Show Starring Johnny Carson and The Ed Sullivan Show.

Max’s art work was first identified as having been a popular part of the counter culture and psychedelic movements in graphic design during the late 1960s and early 1970s. He is known for using intense bursts of color, often containing much or all of the visible spectrum. His work was both influenced by, as well as widely imitated by, others in the field of commercial illustration, such as Heinz Edelmann. Peter Max’ repeated claims, varying in detail, to have worked on “Yellow Submarine” has been denied by the production team.
Max works in multiple media including painting, drawing, etchings (including aquatint), collage, print making, sculpture, video and digital imagery. He also includes “mass media” as being another “canvas” for his creative expression. Max often uses patriotic American icons and symbols in his artwork. He has created paintings of presidents Ford, Carter, Reagan and Bush in addition to his 100 Clintons,—a multiple portrait installation. His work often features images of celebrities, politicians, athletes and sporting events and other pop culture subjects.
One of Continental Airlines’ Boeing 777-200ER aircraft (registered N77014) sported a special livery designed by Max.
His artwork was featured on CBS’s The Early Show where his “44 Obamas,” commemorating the 44th President of The United States, was debuted.

Peter Max is an environmentalist, vegetarian and defender of human and animal rights.
Peter Max was in the news in 2002 when he offered to provide a life of green fields for Cinci Freedom, a cow that escaped from an Ohio slaughterhouse. The cow leapt over a six-foot fence while the slaughterhouse workers were on break and eluded capture for eleven days. “This little girl’s will—facing the end of her life, being so frightened, then taking the risk of all risks to live, to be free—touched me so deeply,” Max was quoted as saying, “It was so inspiring. I knew I had to try to preserve that wonderful spirit.” Max donated $180,000 worth of his art to benefit the local Society for the Prevention of Cruelty to Animals, to ensure her a long life of peace at Farm Sanctuary in Watkins Glen, New York.
Peter Max currently lives in New York City with his wife, Mary Max.