The hotly anticipated follow-up to “Embrace” ramps up the captivating combination of angel mythology, forbidden romance, and intense action.

Every day Violet Eden wonders whether she made the right choice.

She still doesn’t fully understand these powers she’s been granted as a half-angel Grigori. And worse, isn’t even sure she’s capable of using them. Stab someone through the heart? Really?

No matter how bad things get, though, Violet doesn’t run and she doesn’t quit. Even if it means she can never allow herself to love the guy she longs for. Even if it means asking her enemy for help. Even if no one is telling her the truth.

The war between Exiles and Angels is on—and she’s wanted by both sides.

“Strong, compelling and wonderfully flawed, Violet is the kind of heroine that will keep readers enthralled and rooting for her until the final page is turned . . .This is one emotional thrill ride, filled with passion and suspense, ending with a cliffhanger that will leave readers panting for the next book.” – Kirkus Reviews

How many of us can say we fell in love in high school? A lot of us. But how many of us stayed in love with the same person? Jessica Shirvigton has been lucky enough to marry the man she fell in love with at seventeen, Matthew Shirvington–Olympic sprinter, five-time national 100m champion, and current sports personality with Australia’s Foxtel and Sky News. Jessica and her family live outside Sydney, Australia, where she is currently working on the next book in the Embrace series. 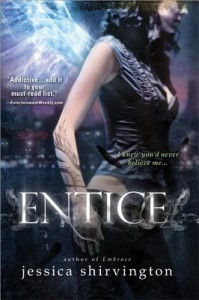