The undisputed king of pop-culture parody, “Weird Al” Yankovic has sold more comedy recordings than any other artist in history, receiving three Grammy Awards (and 14 nominations) in the process. The man behind classics such as “Eat It,” “Amish Paradise,” and “White & Nerdy” performed in more than 100 cities throughout North America, Europe, and Australia in support of his latest (and, to date, highest-charting) album, Alpocalypse. At last the time has come for a comprehensive illustrated tribute to this icon of the American humor landscape. Covering more than three decades of hilarious songs, videos, concert performances, and his life story in words and pictures, and featuring an introduction, lists, tweets, and photo captions from Yankovic himself, Weird Al: The Book is the ultimate companion piece to an extraordinary career.

Known for more than thirty years as America’s premier satirist of popular music and culture, “Weird Al” Yankovic has had almost as many careers as Billy can dream of. Advised by his father to do whatever made him happy, he has accordingly been a comedian, singer/songwriter, music producer, actor, director, and writer—often all at the same time. Mr. Yankovic has won three Grammy Awards and has sold more comedy recordings than anyone else in history. He lives with his family in Southern California. This is his first children’s book. 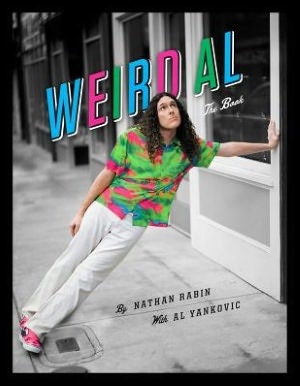