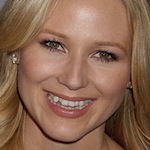 From an award-winning singer-songwriter, this book and CD package delivers a gentle lullaby that celebrates the limitless love between mother and child.

There’s no stronger bond than the love a mother has for her child. Morning, afternoon, and night, a mother and child’s day is filled with love. In this touching lullaby, a three-time Grammy nominee celebrates her newborn son. Lyrical and lovely, this soothing lullaby, accompanied by tender illustrations, is perfect for bedtime sharing.

This package includes a hardcover book along with a CD of the lullaby being sung aloud.

“What I’d Do” music and lyrics by Jewel and Patrick Davis, from the album The Merry Goes ’Round (Mood Entertainment/Fisher-Price Music Series).

Jewel is an award-winning singer, songwriter, poet, and actress. She has four internationally bestselling albums and has been nominated for four Grammys. Jewel is the author of the New York Times bestselling A Night Without Armor and Chasing Down the Dawn. She lives with her husband and son in rural Texas. 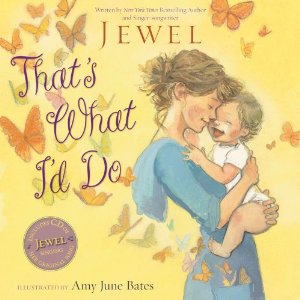