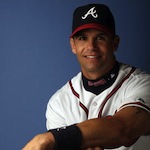 Join us for a book signing with Javy Lopez, former catcher for the Atlanta Braves. He will sign his new book, Behind the Plate: A Catcher’s View of the Braves Dynasty.

Popular Atlanta Braves catcher Javier “Javy” Lopez opens up in this autobiography to tell his amazing story, from learning to play baseball on a neighborhood basketball court to his record of 42 home runs in a season by a catcher. The product of a lower-middle-class background in Puerto Rico, Javy had to overcome numerous hardships—not the least of which was a language barrier—to fulfill his destiny as one of the most accomplished catchers of the modern era. He tells of bumps along the way to success, including why he overstated his signing bonus as well as the time in the minors when he cried during an all-night meltdown due to his struggles on the field. But he went on to be named MVP of the 1996 National League Championship Series, and played on 12 of the Atlanta Braves’ unprecedented 14 straight division-winning teams of the 1990s and 2000s. From his relationship with great teammates such as Greg Maddux and John Smoltz, to his failed comeback attempt with the Braves in 2008, this autobiography tells all about the handsome, warm, engaging Lopez and how he became one of baseball’s most popular players.

Javy Lopez is a three-time All-Star and the catcher for the Atlanta Braves powerhouse teams of the 1990s, including the squad that won the 1995 World Series. He lives in Suwanee, Georgia. Gary Caruso is a sports journalist, Braves historian, and author of The Braves Encyclopedia and Turner Field: Rarest of Diamonds. He lives in Vista, California. 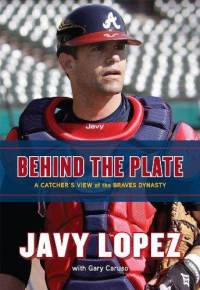