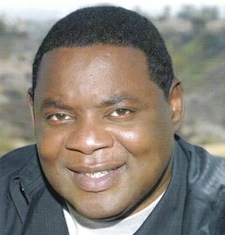 The star of the “Nightmare on Elm Street” films, Ken Sagoes, will be in Orlando, Florida for Orange County Library’s Black History Month events. He’ll discuss his experience as a black actor in films, and will also talk about his book “Latch of Shadow” and his stage play “Seven Maids from Stockbridge.” The play is “a tribute to an occupation that was looked down upon by some, but was the eyes, ears, and back-bone of the Civil Rights Movement – and of all America.” Sagoes was born in Stockbridge, Georgia and raised in Atlanta. He is famous for such iconic roles as Big Baby in John Singleton’s “Rosewood” and Kincaid in “A Nightmare on Elm Street 3 and 4.” You’ll also recognize him from TV series The District, What’s Happening Now!, and The Division. In 2008 he was nominated for the NAACP Theatre Award for Best Supporting Male – Local.