Joseph Sassoon is Professor of History and Political Economy and Director of the Center for Contemporary Arab Studies at Georgetown University. He is also a Senior Associate Member at St Antony’s College, Oxford and a Trustee of the Bodleian Library. His previous books include the prize-winning Saddam Hussein’s Ba’th Party, The Iraqi Refugees and The Anatomy of Authoritarianism in the Arab Republics. His ancestors were forcibly separated from the Sassoons of this book early in the nineteenth century, but he is fluent in the languages they spoke and the obscure Judeo-Arabic script – indecipherable to previous historians – they used in their private communications, which are the foundation of this book. 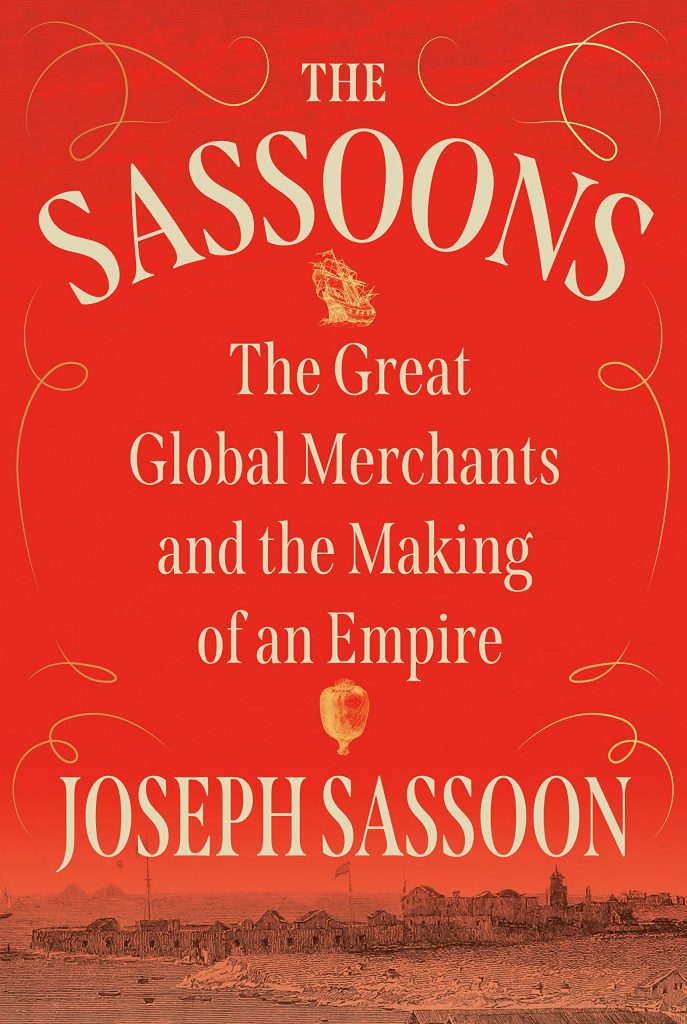 A spectacular generational saga of the making (and undoing) of a family dynasty: the riveting untold story of the gilded Jewish Bagdadi Sassoons, who built a vast empire through global finance and trade—cotton, opium, shipping, banking—that reached across three continents and ultimately changed the destinies of nations. With full access to rare family photographs and archives.

They were one of the richest families in the world for two hundred years, from the 19th century to the 20th, and were known as ‘the Rothschilds of the East.’

Mesopotamian in origin, and for more than forty years the chief treasurers to the pashas of Baghdad and Basra, they were forced to flee to Bushir on the Persian Gulf; David Sassoon and sons starting over with nothing, and beginning to trade in India in cotton and opium.

The Sassoons soon were building textile mills and factories, and setting up branches in shipping in China, and expanding beyond, to Japan, and further west, to Paris and London. They became members of British parliament; were knighted; and owned and edited Britain’s leading newspapers, including The Sunday Times and The Observer.

And in 1887, the exalted dynasty of Sassoon joined forces with the banking empire of Rothschild and were soon joined by marriage, fusing together two of the biggest Jewish commerce and banking families in the world.

Against the monumental canvas of two centuries of the Ottoman Empire and the changing face of  the Far East, across Europe and Great Britain during the time of its farthest reach, Joseph Sassoon gives us a riveting generational saga of the making of this magnificent family dynasty.