Join in a virtual event with Amita Parikh to discuss “The Circus Train.”

Amita Parikh was born and raised in Toronto, Ontario and received an Honours BSc from the University of Toronto. When she’s not writing, she works in the tech industry. The Circus Train is her first novel. 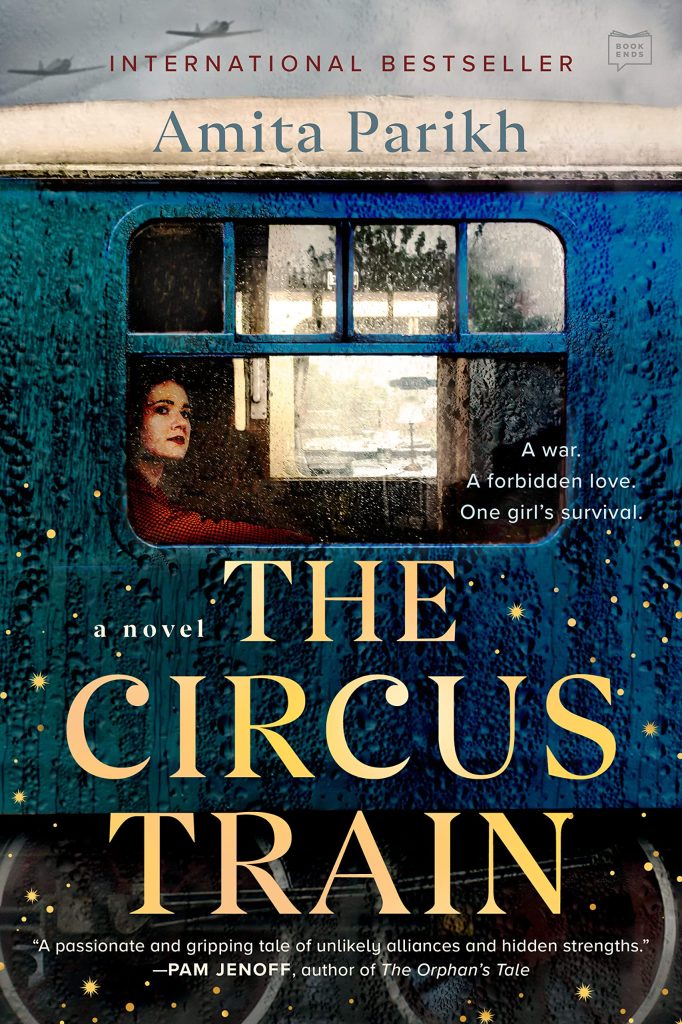 Water for Elephants meets The Night Circus in this World War II debut about a magnificent travelling circus, a star-crossed romance, and one girl’s coming-of-age during the darkest of times.

“A powerful reminder that to live is not just to survive, but to be seen and known for ourselves.” —Pam Jenoff, author of The Orphan’s Tale

When all is lost, how do you find the courage to keep moving forward?

1938. Lena Papadopoulos has never quite found her place within the circus, even as the daughter of the extraordinary headlining illusionist, Theo. Brilliant and curious, Lena—who uses a wheelchair after a childhood bout with polio—yearns for the real-world magic of science and medicine, her mind stronger than the limitations placed on her by society. Then her unconventional life takes an exciting turn when she rescues Alexandre, an orphan with his own secrets and a mysterious past.

As World War II escalates around them, their friendship blossoms into something deeper while Alexandre trains as the illusionist’s apprentice. But when Theo and Alexandre are arrested and made to perform in a town for Jews set up by the Nazis, Lena is separated from everything she knows. Forced to make her own way, Lena must confront her doubts and dare to believe in the impossible—herself.