John A. Farrell is the author of Richard Nixon: The Life, which won the PEN/Jacqueline Bograd Weld Award for Biography and the New-York Historical Society Barbara and David Zalaznick Book Prize in American History. It was a finalist for the Pulitzer Prize in 2018. In 2001, he published Tip O’Neill and the Democratic Century, which won the D. B. Hardeman Prize for the best book on Congress. His book Clarence Darrow: Attorney for the Damned won the Los Angeles TimesBook Prize for Biography in 2011. He has also earned a George Polk award, the Gerald R. Ford prize, and White House Correspondents honors for his coverage of the presidency. 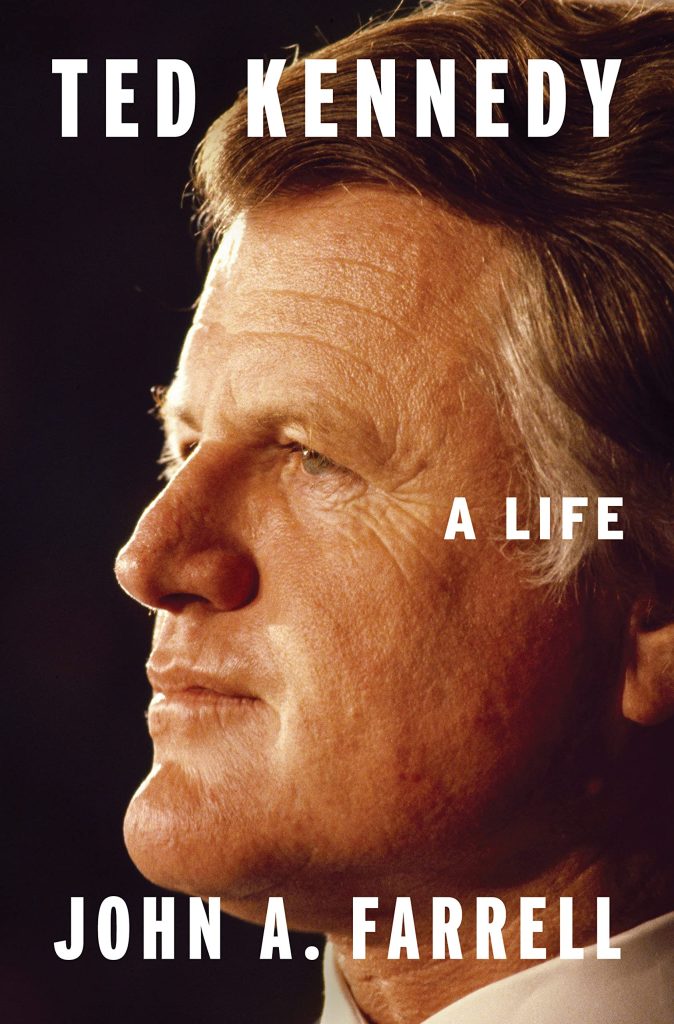 LONGLISTED FOR THE 2022 NATIONAL BOOK AWARD FOR NONFICTION

An enthralling and ground-breaking new biography of one of modern America’s most fascinating and consequential political figures, drawing on important new sources, by an award-winning biographer who covered Kennedy closely for many years

John A. Farrell’s magnificent biography of Edward M. Kennedy is the first single-volume life of the great figure since his death. Farrell’s long acquaintance with the Kennedy universe and the acclaim accorded his previous books—including his New York Times bestselling biography of Richard Nixon, a finalist for the Pulitzer Prize—helped garner him access to a remarkable range of new sources, including segments of Kennedy’s personal diary and his private confessions to members of his family in the days that followed the accident on Chappaquiddick. Farrell is, without question, one of America’s greatest political biographers and a storyteller of deep wisdom and empathy. His book does full justice to this famously epic and turbulent life of almost unimaginable tragedy and triumph.

As the fourth son of the close-knit but fiercely competitive Kennedy clan, Ted was the runt of the litter. Expelled from Harvard University for cheating, he was a fun-loving playboy who nevertheless served his brothers loyally and effectively. It was easy to take Ted lightly, and many did. But when he was elected to the United States Senate at the age of thirty to fill his brother Jack’s seat, something unexpected happened: he found his home and his calling there. Over time, Ted Kennedy would build arguably the most significant senatorial career in American history.

His life was buffeted by heartbreak: the violent deaths of his three older brothers, his own terrible plane crash, his children’s bouts with cancer, and the hideous self-inflicted wounds of Chappaquiddick and stretches of drinking and womanizing that caused irreparable damage to an already fragile first marriage. Those wounds scarred Ted deeply but also tempered his character, and, eventually, he embarked on a run as legislator, party elder, and paterfamilias of the Kennedy family that would change America for the better. John A. Farrell brings us the man as he was, in strength and weakness, his profound but complicated inheritance and his vital legacy, as only a great biographer can do. Without the story this book tells, no understanding of modern America can be complete.