Join award-winning author and poet JILL BIALOSKY for a discussion of her new novel “The Deceptions.”

Jill Bialosky is the author of novels, memoirs, and several poetry collections. Her History of a Suicide: My Sister’s Unfinished Life was named one of the ten best works of nonfiction by Entertainment Weekly. She is currently an editor at W. W. Norton & Company and lives in New York City. 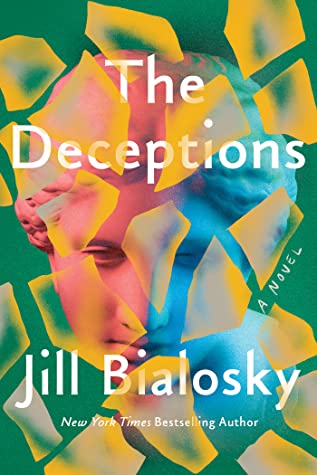 Something terrible has happened and I don’t know what to do. An unnamed narrator’s life is unraveling. Her only child has left home, and her twenty-year marriage is strained. Anticipation about her soon-to-be-released book of poetry looms. She seeks answers to the paradoxes of love, desire, and parenthood among the Greek and Roman gods at the Metropolitan Museum of Art. As she passes her days teaching at a boys’ prep school, spending her off-hours sequestered in the museum’s austere galleries, she is haunted by memories of a yearlong friendship with a colleague, a fellow poet struggling with his craft. As secret betrayals and deceptions come to light and rage threatens to overwhelm her, the pantheon of gods assume remarkably vivid lives of their own, forcing her to choose between reality and myth in an effort to free herself from the patriarchal constraints of the past and embrace a new vision for her future.

The Deceptions is a page-turning and seductively told exploration of female sexuality and ambition as well as a human drama that dares to test the stories we tell ourselves. It is also a brilliant investigation of a life caught between the dueling magnetic poles of privacy and its appropriation in art and literature. Celebrated poet, memoirist, and novelist Jill Bialosky has reached new and daring heights in her boldest work yet.