Daniel Suarez is a New York Times bestselling author, TEDGlobal speaker, and former systems analyst. His unique brand of high-tech fiction explores the causes and impacts of rapid technological change. The author of seven novels, his latest, Critical Mass (second in the Delta-v series), is a realistic space-tech adventure depicting humanity’s transition from a climate-imperiled, Earthbound civilization to one that utilizes resources and energy from space to secure a promising, sustainable future. 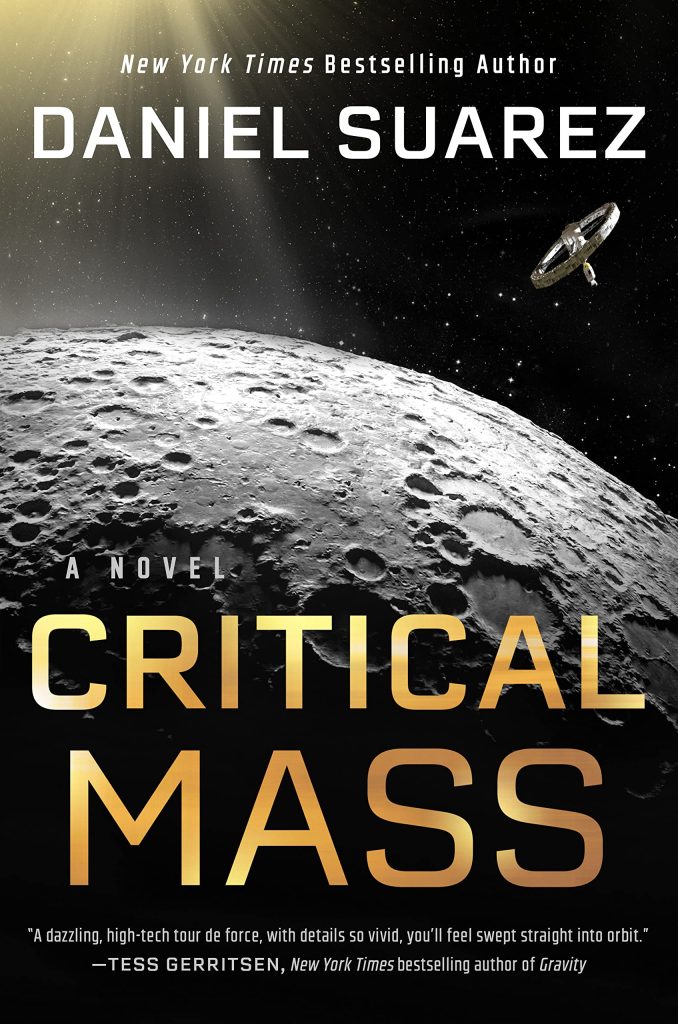 In New York Times best-selling author Daniel Suarez’s latest space-tech thriller, a group of pioneering astropreneurs must overcome never-before-attempted engineering challenges to rescue colleagues stranded at a distant asteroid—kicking off a new space race in which Earth’s climate crisis could well hang in the balance.

When unforeseen circumstances during an innovative—and unsanctioned—commercial asteroid-mining mission leave two crew members stranded, those who make it back must engineer a rescue, all while navigating a shifting web of global political alliances and renewed Cold War tensions. With Earth governments consumed by the ravages of climate change and unable to take the risks necessary to make rapid progress in space, the crew must build their own next-gen spacecraft capable of mounting a rescue in time for the asteroid’s next swing by Earth.

In the process, they’ll need to establish the first spin-gravity station in deep space, the first orbiting solar power satellite and refinery, and historic infrastructure on the moon’s surface—all of which could alleviate a deepening ecological, political, and economic crisis back on Earth, and prove that space-based industry is not only profitable, but possibly humanity’s best hope for a livable, peaceful future.