Stephen Graham Jones is the New York Times bestselling author of The Only Good Indians. He has been an NEA fellowship recipient and been recipient of several awards including: the Ray Bradbury Award from the Los Angeles Times, the Bram Stoker Award, the Shirley Jackson Award, the Jesse Jones Award for Best Work of Fiction from the Texas Institute of Letters, the Independent Publishers Award for Multicultural Fiction, and the Alex Award from American Library Association. He is the Ivena Baldwin Professor of English at the University of Colorado Boulder. 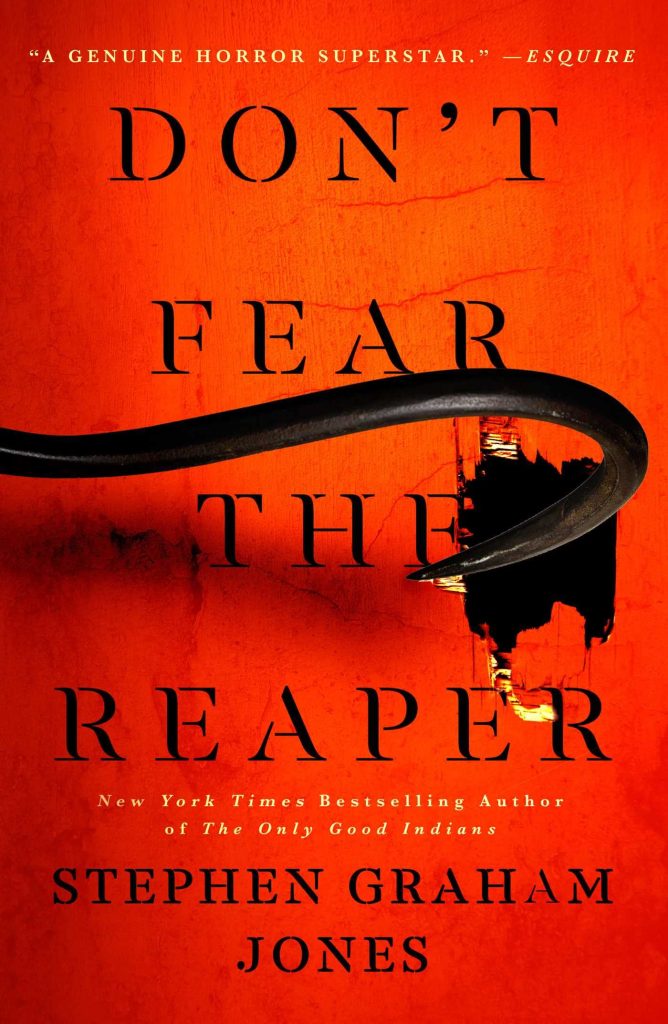 December 12th, 2019, Jade returns to the rural lake town of Proofrock the same day as convicted Indigenous serial killer Dark Mill South escapes into town to complete his revenge killings, in this riveting sequel to My Heart Is a Chainsaw from New York Times bestselling author, Stephen Graham Jones.

Four years after her tumultuous senior year, Jade Daniels is released from prison right before Christmas when her conviction is overturned. But life beyond bars takes a dangerous turn as soon as she returns to Proofrock. Convicted Serial Killer, Dark Mill South, seeking revenge for thirty-eight Dakota men hanged in 1862, escapes from his prison transfer due to a blizzard, just outside of Proofrock, Idaho.

Thirty-six hours and twenty bodies later, on Friday the 13th, it would be over.

Don’t Fear the Reaper is the page-turning sequel to My Heart Is a Chainsaw from New York Times bestselling author Stephen Graham Jones.