Join Lauren Fleshman to discuss “Good for a Girl.”

Lauren Fleshman is one of the most decorated American distance runners of all time, having won five NCAA championships at Stanford University and two national championships as a professional. Her writing has appeared in The New York Times and Runner’s World. She is the brand strategy advisor for Oiselle, a fitness apparel company for women, and the cofounder of Picky Bars, a natural food company. She lives in Bend, Oregon, with her husband, triathlete Jesse Thomas, and their two children. 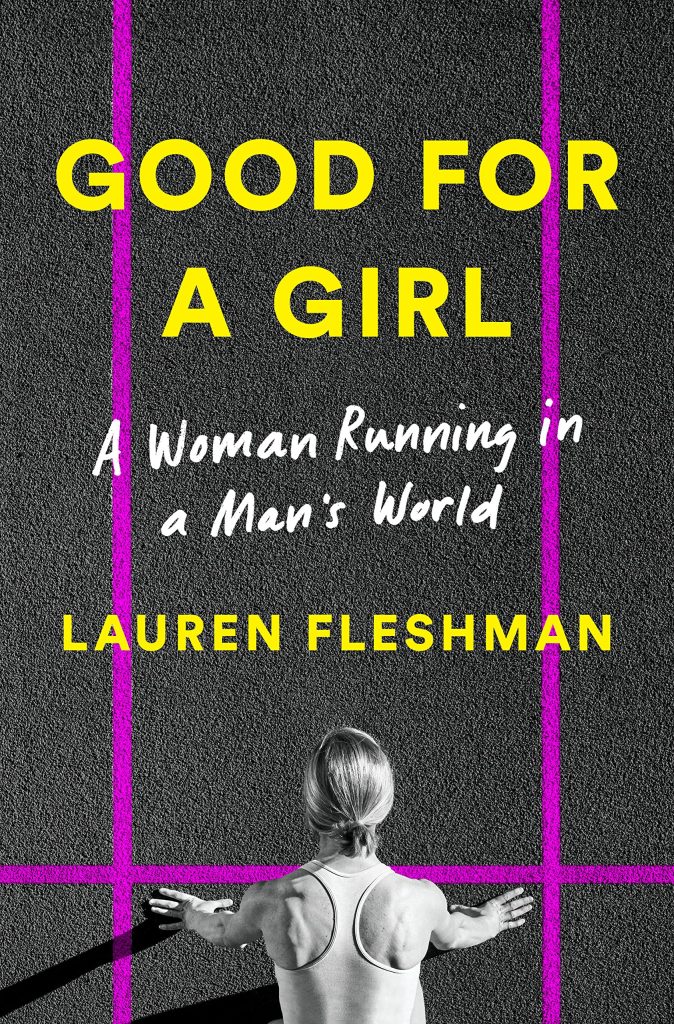 Fueled by her years as an elite runner and advocate for women in sports, Lauren Fleshman offers her inspiring personal story and a rallying cry for reform of a sports landscape that is failing young female athletes

“Women’s sports have needed a manifesto for a very long time, and with Lauren Fleshman’s Good for a Girl we finally have one.” —Malcolm Gladwell, author of Outliers and David and Goliath

“Good for a Girl is simultaneously a moving memoir and a call to action in how we think about—and train—girls and women in elite sports. It’s a must-read—for anyone who loves running, for anyone who has a daughter, and for anyone who cares about creating a better future for young women.” —Emily Oster, author of Expecting Better, Cribsheet, and The Family Firm

Lauren Fleshman has grown up in the world of running. One of the most decorated collegiate athletes of all time and a national champion as a pro, she was a major face of women’s running for Nike before leaving to shake up the industry with feminist running brand Oiselle and now coaches elite young female runners. Every step of the way, she has seen the way that our sports systems—originally designed by men, for men and boys—fail young women and girls as much as empower them. Girls drop out of sports at alarming rates once they hit puberty, and female collegiate athletes routinely fall victim to injury, eating disorders, or mental health struggles as they try to force their way past a natural dip in performance for women of their age.

Part memoir, part manifesto, Good for a Girl is Fleshman’s story of falling in love with running as a girl, being pushed to her limits and succumbing to devastating injuries, and daring to fight for a better way for female athletes. Long gone are the days when women and girls felt lucky just to participate; Fleshman and women everywhere are waking up to the reality that they’re running, playing, and competing in a world that wasn’t made for them. Drawing on not only her own story but also emerging research on the physiology and psychology of young athletes, of any gender, Fleshman gives voice to the often-silent experience of the female athlete and argues that the time has come to rebuild our systems of competitive sport with women at their center.

Written with heart and verve, Good for a Girl is a joyful love letter to the running life, a raw personal narrative of growth and change, and a vital call to reimagine sports for young women.