Join Dan Yaccarino to discuss “City Under the City.”

Winner of prestigious awards including the Bologna Ragazzi, The New York Times 10 Best Illustrated, ALA Notable, and the Parents’ Choice Award, Dan Yaccarino is an internationally acclaimed author-illustrator of many beloved picture books. The Longest Storm received 4 stars and was on several Best of Year lists including the New York Times, PW, and Kirkus. Other books include I Am a Story, Five Little Pumpkins, Five Little Bunnies, Trashy Town, Every Friday, and Giant Tess. Dan’s books have sold over 2.5 million copies to date. He also created and produced Nickelodeon’s Oswald and is the character designer behind The Backyardigans. 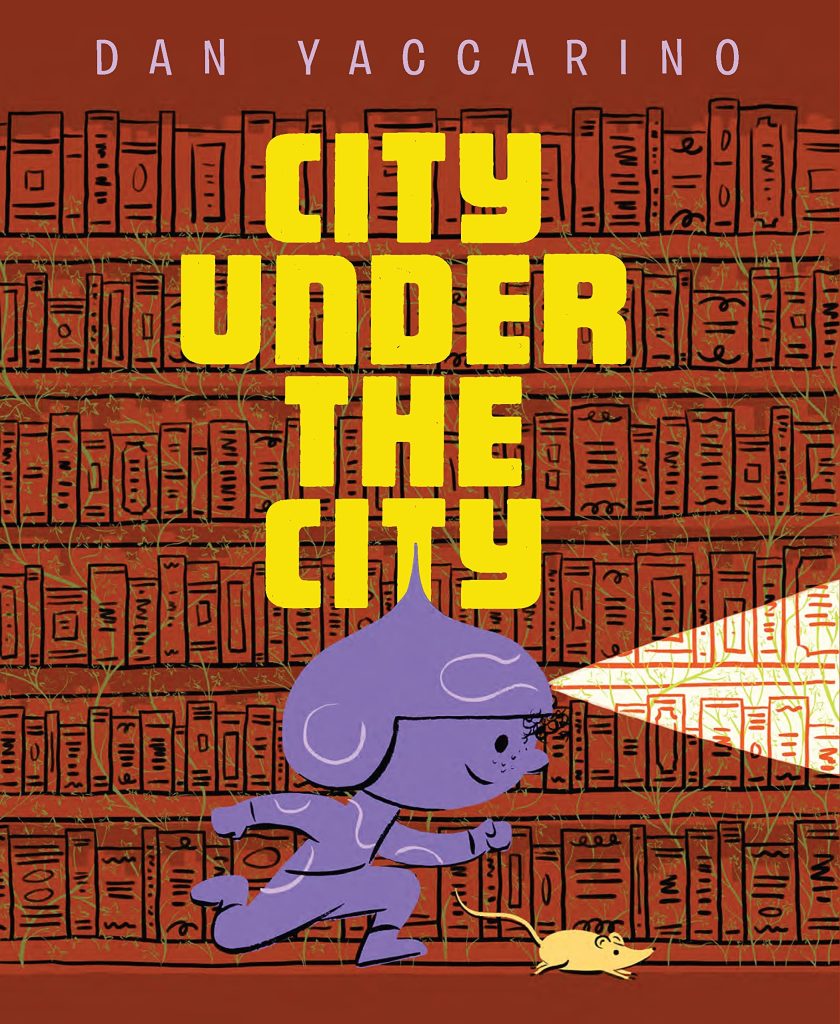 From acclaimed author-illustrator Dan Yaccarino comes an exhilarating adventure—set in a richly imagined alternate future—celebrating autonomy, community, and the power of reading, perfect for fans of The Rock From the Sky.

Bix lives with her family in a city where people rarely talk or play together, and no longer read books. Instead, they stare at small portable screens, monitored by giant eyeballs. The Eyes are here to help! With everything. But Bix would like to do things for herself. Running from an Eye, she discovers another world: the City Under the City. There, she befriends a rat who leads her to a library and its treasure trove of books and knowledge. As she explores the abandoned city, she’s thrilled to learn about the people who lived there, with no Eyes. But she misses her family, and decides to head home, where, just maybe, she can help defeat the intrusive Eyes—and show her people how to think for themselves and enjoy each other’s company. Told through Dan Yaccarino’s stunning graphic style, this page-turning picture book/early reader crossover will spark a new appreciation of reading, books, independence, friendship, and family.