Jen DeLuca was born and raised near Richmond, Virginia, but now lives in Arizona with her husband and a houseful of rescue pets. She loves latte-flavored lattes, Hokies football, and the Oxford comma. Her novels, Well Met, Well Played, Well Matched, and Well Traveled were inspired by her time volunteering as a pub wench with her local Renaissance Faire. 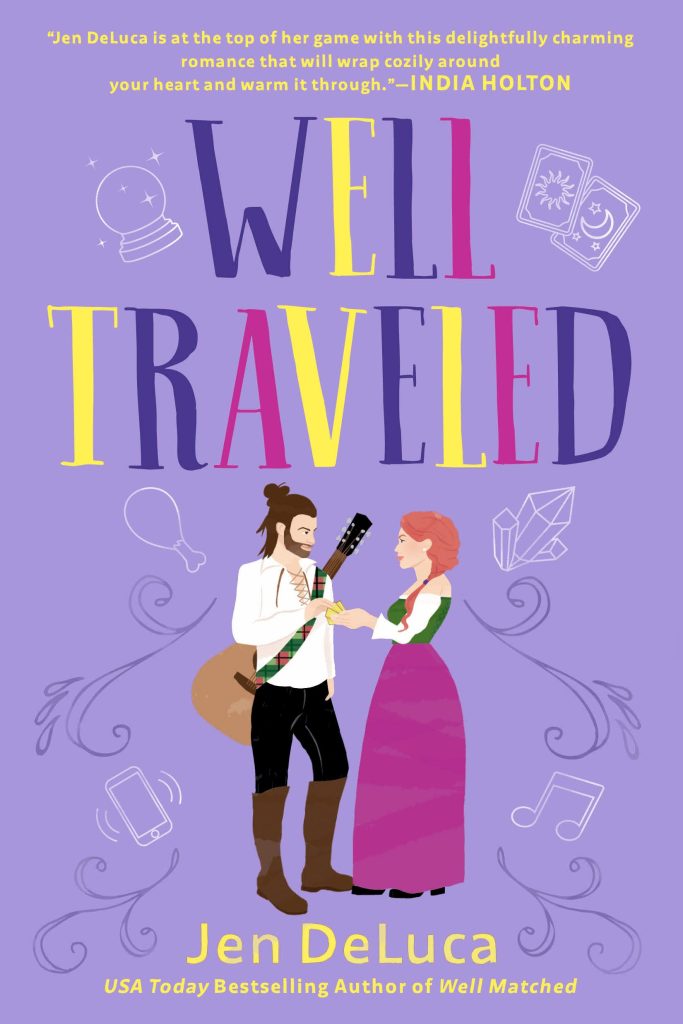 The Renaissance Faire is on the move, and Lulu and Dex are along for the ride, in the next utterly charming rom-com from Jen DeLuca.

A high-powered attorney from a success-oriented family, Louisa “Lulu” Malone lives to work, and everything seems to be going right, until the day she realizes it’s all wrong. Lulu’s cousin Mitch introduced her to the world of Renaissance Faires, and when she spies one at a time just when she needs an escape, she leaps into the welcoming environment of turkey legs, taverns, and tarot readers. The only drawback? Dex MacLean: a guitarist with a killer smile, the Casanova of the Faire… and her traveling companion for the summer.

Dex has never had to work for much in his life, and why should he? Touring with his brothers as The Dueling Kilts is going great, and he always finds a woman at every Faire. But when Lulu proves indifferent to his many plaid charms and a shake-up threatens the fate of the band, Dex must confront something he never has before: his future.

Forced to spend days and nights together on the road, Lulu’s interest in the kilted bad boy grows as he shows her a side of himself no one else has seen. The stresses of her old lifestyle fade away as she learns to trust her intuition and follow her heart instead of her head. But when her time on the road is over, will Lulu go with her gut, or are she and Dex destined for separate paths?