JANE PEK was born and grew up in Singapore. She holds a BA from Yale University, a JD from the New York University School of Law, and an MFA in Fiction from Brooklyn College. Her short fiction has appeared in The Brooklyn Review, Witness, Conjunctions, Literary Hub, and twice in The Best American Short Stories. She currently lives in New York, where she works as a lawyer at a global investment company. 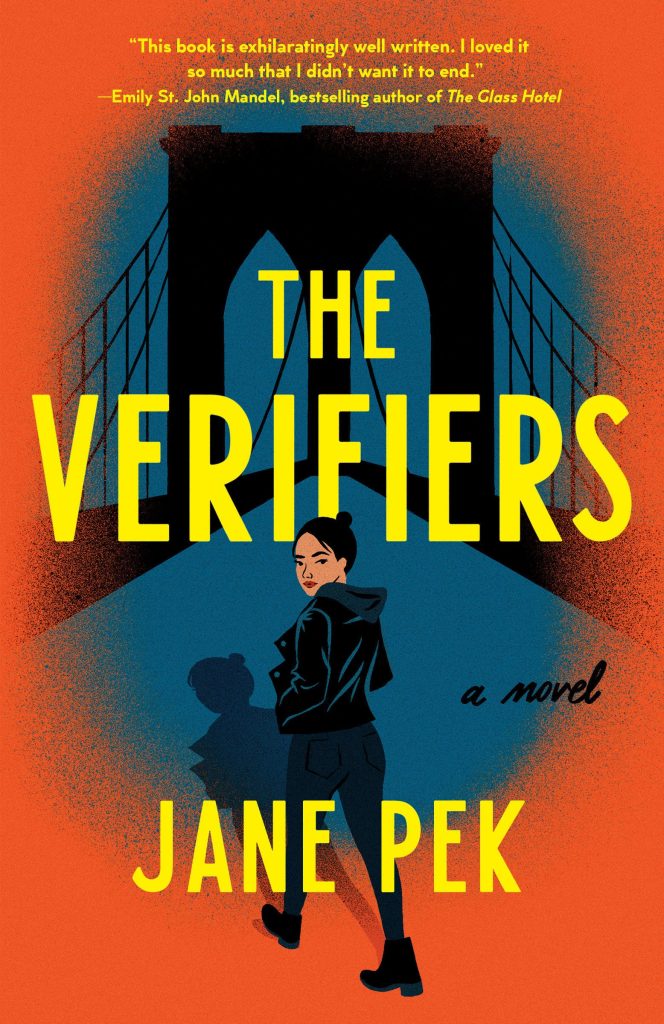 Introducing Claudia Lin: a sharp-witted amateur sleuth for the 21st century. This debut novel follows Claudia as she verifies people’s online lives, and lies, for a dating detective agency in New York City. Until a client with an unusual request goes missing. . . .

Claudia is used to disregarding her fractious family’s model-minority expectations: she has no interest in finding either a conventional career or a nice Chinese boy. She’s also used to keeping secrets from them, such as that she prefers girls—and that she’s just been stealth-recruited by Veracity, a referrals-only online-dating detective agency.

A lifelong mystery reader who wrote her senior thesis on Jane Austen, Claudia believes she’s landed her ideal job. But when a client vanishes, Claudia breaks protocol to investigate—and uncovers a maelstrom of personal and corporate deceit. Part literary mystery, part family story, The Verifiers is a clever and incisive examination of how technology shapes our choices, and the nature of romantic love in the digital age.